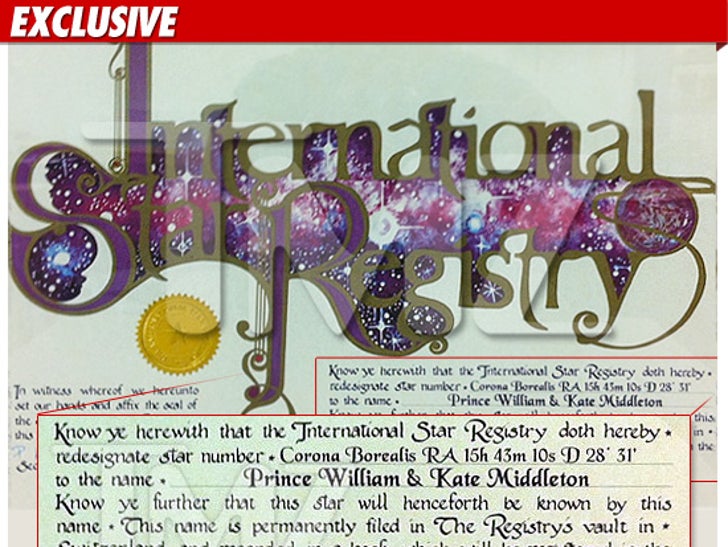 Prince William and Kate Middleton are a star couple -- TMZ has learned, an anonymous benefactor just dedicated a giant memorial to the young lovers ... in the form of a planet-sized ball of hot gas. 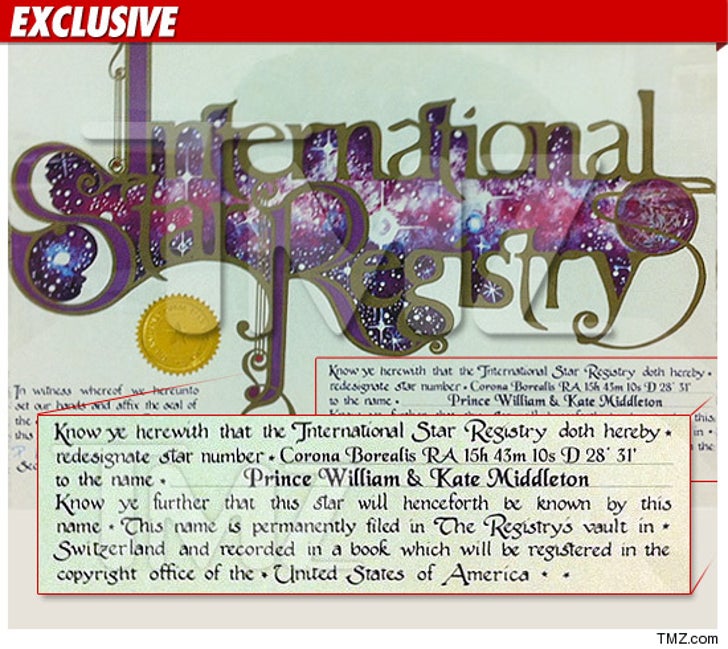 The President of the International Star Registry tells TMZ, someone bought the star in honor of the royal couple's recent engagement -- pretty badass ... because according to the certificate, the star will officially carry the couple's names for as long as it exists ... i.e. billions of years.

Too bad every single star looks exactly the same.

Michael Middleton -- My Daughter, The Queen