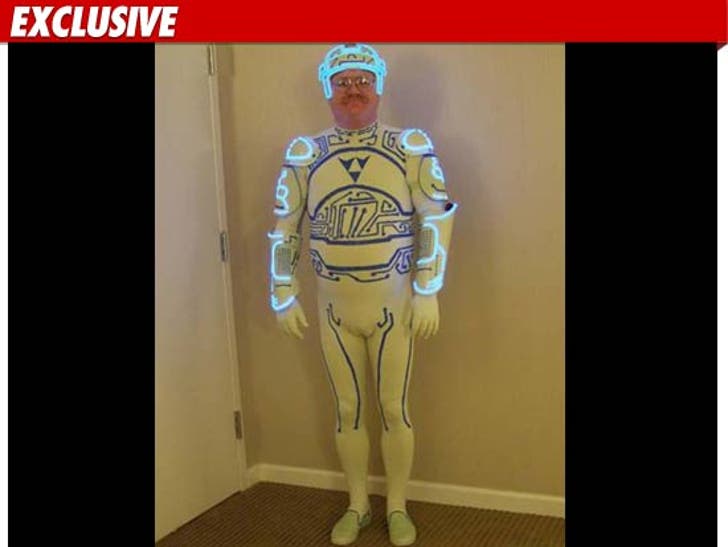 MILLIONS have viewed his YouTube videos -- but a movie theater in Minnesota doesn't care ... because we're told they won't let TRON Guy see the new remake in the costume that made him an Internet legend. 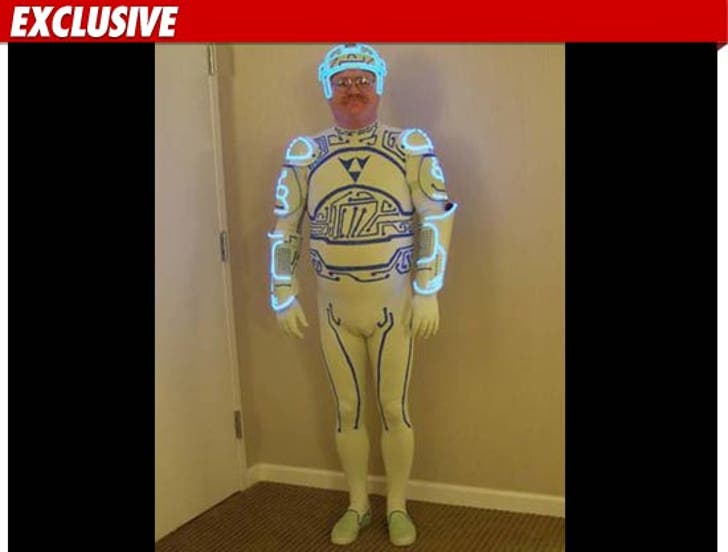 Jay Maynard -- who's been doing the Tron Guy thing since '04 -- tells TMZ, he gave his local movie theater a heads-up that he planned to see the new "Tron" flick in his famous costume ... but for some reason, they "adamantly" insisted he wouldn't be admitted if he suited up.

We don't know why management refused -- the suit OBVIOUSLY belongs in a museum -- but Maynard believes it's because his masterpiece is "too distracting."

Sidenote -- has anyone seen his stapler? 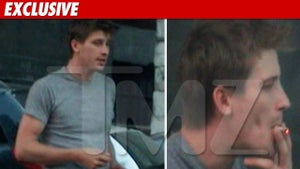