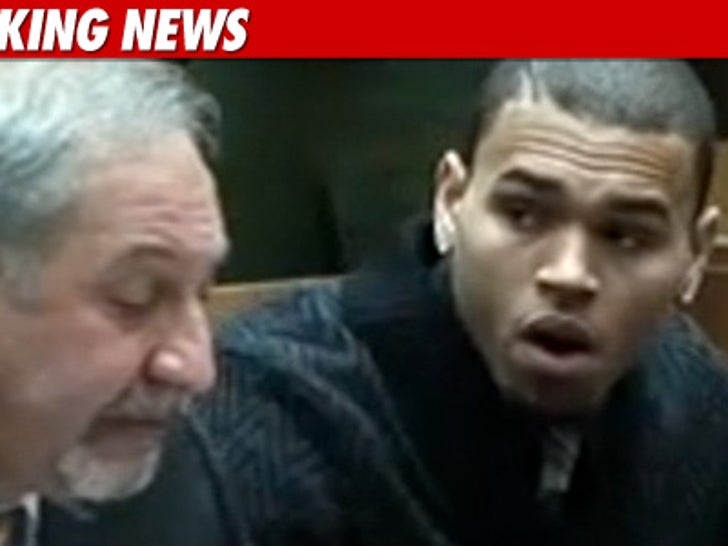 Chris Brown is not attending this year's Grammy Awards -- so the idea that he was in court yesterday to try and have the restraining order against him reduced just so he could go (and not risk running into Rihanna) is way off base ... this according to his rep.

As part of the Rihanna assault case, Brown's attorney asked the judge yesterday to reduce the "stay away" order against him to a "do not annoy" order. Doing so would have removed the part about Brown having to stay 50 yards away from RiRi.

Ultimately, while the judge again praised Brown for his progress, the ruling was put off until a later date because an attorney for Rihanna could not be reached.

As for the idea that this hearing has anything to do with Brown going to the Grammys ... Tammy Brook, a rep for Brown, tells TMZ, "This court date and the lifting of the restraining order is part of the planned ongoing legal proceedings. The date was scheduled months ago. Chris Brown is very thankful for his Grammy nominations, but due to scheduling conflicts, he will not be attending the Grammys." 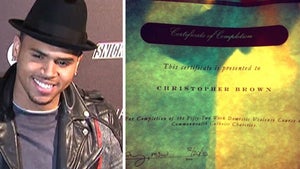 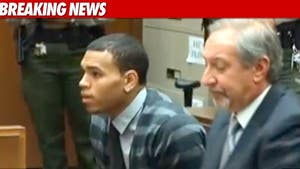