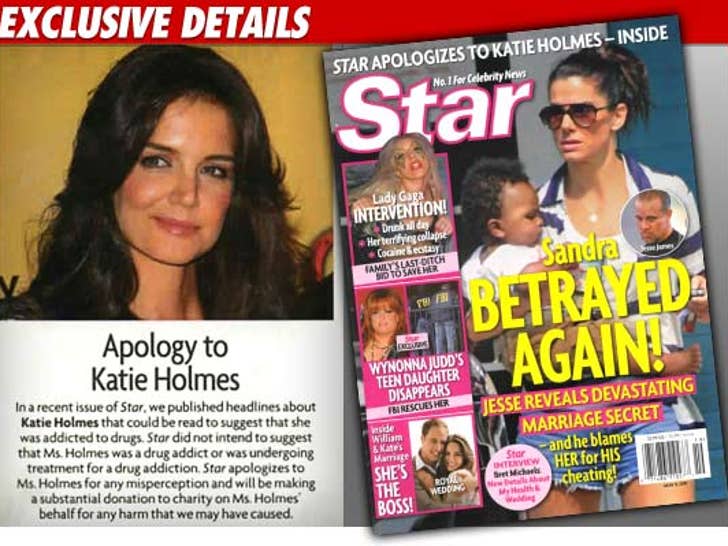 Star Magazine just issued a MASSIVE mea culpa to Katie Holmes -- publishing an apology on the COVER of its latest issue ... after the tabloid printed a headline suggesting Katie was a drug addict. 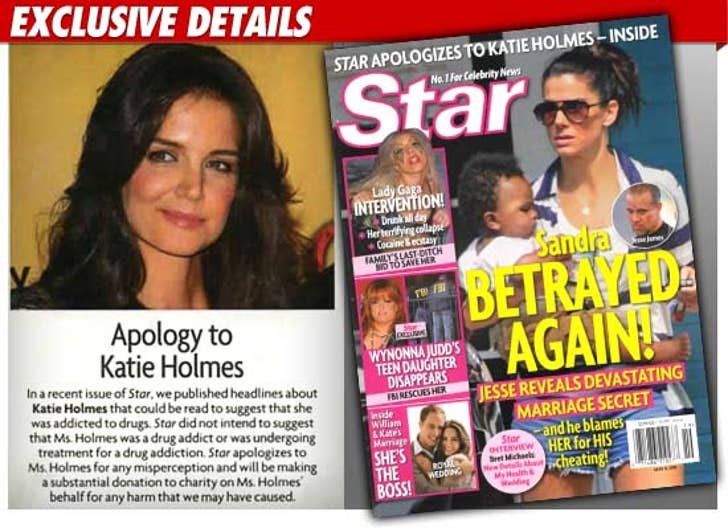 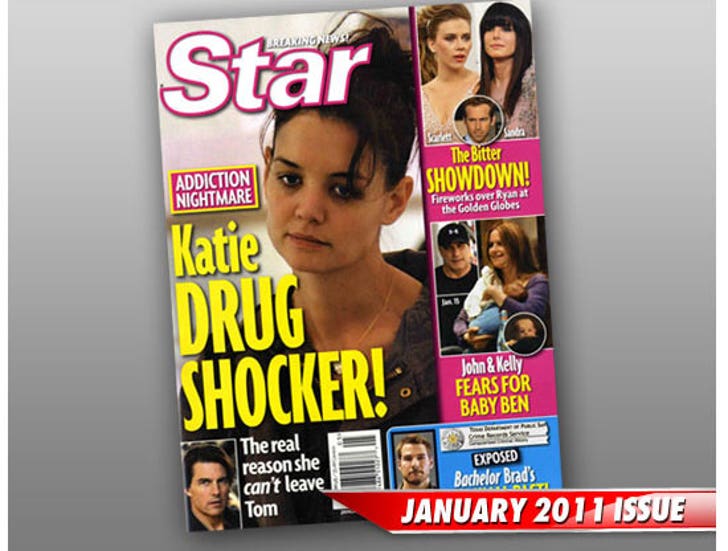 Katie's rep tells TMZ, the lawsuit is now water under the bridge ... that it's been settled ... and Star's publisher American Media even made a "substantial" donation to Katie's charity.

As for Star's in-mag apology -- it reads in part, “Star did not intend to suggest that Ms. Holmes was a drug addict or was undergoing treatment for a drug addiction. Star apologizes to Ms. Holmes for any misperception ..."

Katie released her own statement today, saying, “I’m pleased that this lawsuit could be resolved amicably and accept American Media’s apology.” 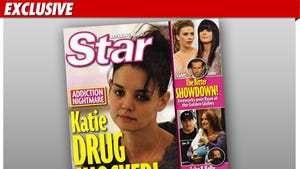