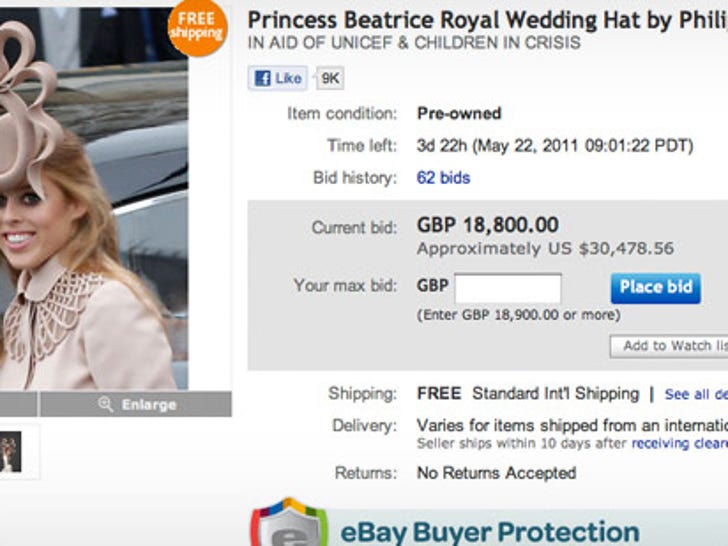 Princess Beatrice's crazy royal wedding hat that stole the show on William and Kate's big day is creating a BIDDING FRENZY on eBay -- shooting past the $30k mark with four days left to go!! 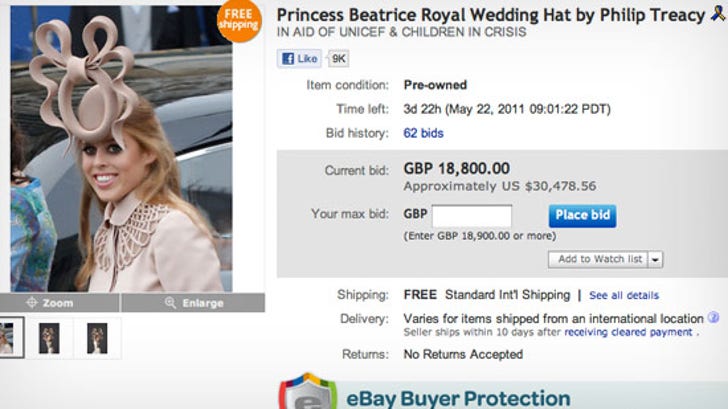 Bea had released a statement on the hat ... saying, "I've been amazed by the amount of attention the hat has attracted. It's a wonderful opportunity to raise as much money as possible for two fantastic charities. I hope whoever wins the auction has as much fun with the hat as I have."

The auction closes on May 22 -- and all proceeds will be equally split between UNICEF and Children in Crisis.