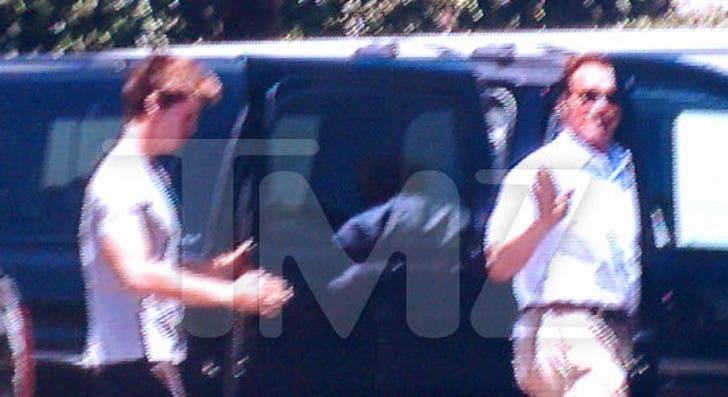 Arnold Schwarzenegger probably would have tried a beer summit with his son Patrick, but since the kid is just 17, Arnold settled for a burger today in Santa Monica.

Arnold and Patrick showed up separately and chowed down at Umami Burger less than an hour ago, and the conversation must have been interesting. They're still inside the restaurant.

You'll recall ... after Arnold's love child scandal broke, Patrick tweeted with the last name of Shriver, not Schwarzenegger. So Mr. S clearly had his work cut out for him.

UPDATE: Arnold and Patrick just left Umami TOGETHER -- and got into the same car. 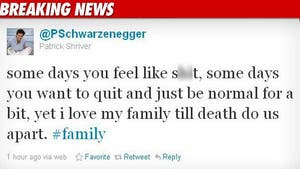 Arnold's Son -- Some Days I Just Wanna Be Normal 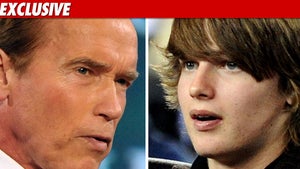