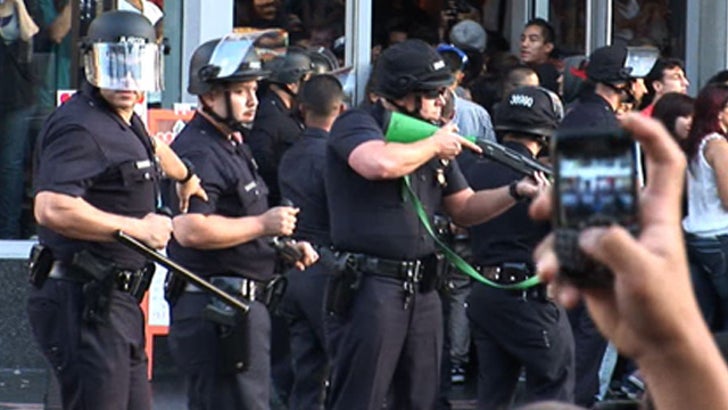 A riot broke out in the center of Hollywood last night ... but instead of looting, the "rioters" were planking, instead of guns there were glow sticks.

The disturbance erupted during the premiere of the "Electric Daisy Carnival Experience" at the Grauman's Chinese Theater. DJ Kaskade drew a crowd by tweeting "Today@6pm in Hollywood @Mann's Chinese Theatre. ME+BIG SPEAKERS+MUSIC=BLOCK PARTY!!!"

Hundreds of people descended on Grauman's, only to be told by cops the event was canceled, triggering the "riot."

Some of the fans jumped on police cruisers ... the cops in riot gear responded by shooting bean bags to break up the crowd.

It was the funnest riot ever, complete with tourists, kids, people all glittered up, women dressed as geishas adorned with electric lights ... even an overweight dude in pasties.

Kaskade tells TMZ "I'm incredibly disappointed that [Wednesday night] ended the way it did. It's unfortunate that a few disrespectful people turned what was supposed to be a celebration of music into a regrettable event. This is not what EDM is about." 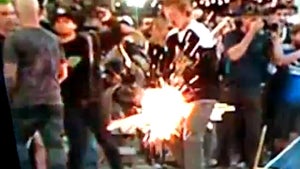 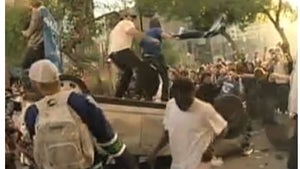 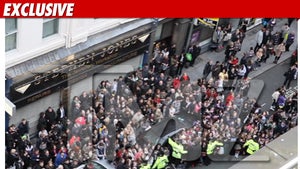