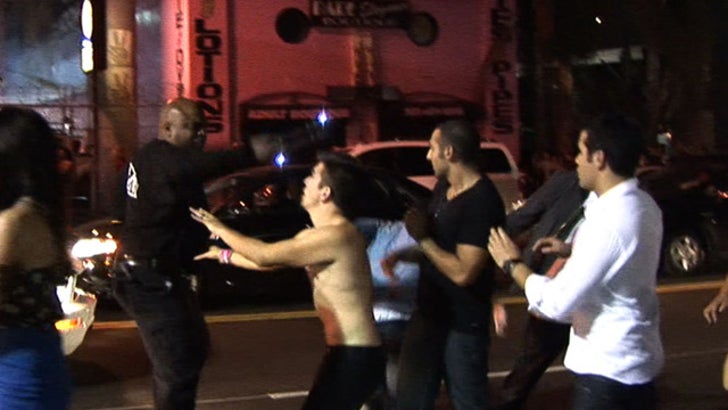 It got downright SCARY in Hollywood Saturday night -- when a nightclub security guard whipped out his stun gun and WENT AFTER some people while a brawl broke out in the street ... and it was all caught on tape.

It's unclear exactly what started the madness -- but while the stun gun toting guard was chasing some people down the street ... a woman began to attack a man with closed-fist punches.

Several guys rushed in and began fighting each other ... but eventually the melee was broken up and it appears both sides dispersed.

So far, it's unclear if cops responded to the scene or if any arrests were made.

UPDATE: While the fight went down near Colony nightclub and Empire nightclub -- reps for Colony tell TMZ the security guards involved in the fight were not Colony employees.

We're also told the people involved in the fight had not been partying at Colony that night.