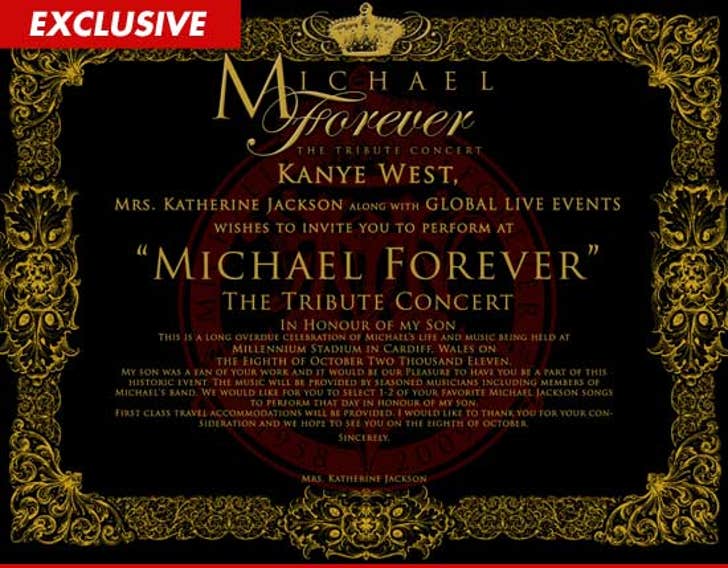 Michael Jackson's mom has personally reached out to some of the biggest music stars in the world in the hopes of getting them to perform at the big MJ tribute show in October ... but only ONE of them is a definite YES ... TMZ has learned.

Sources connected to the concert tell us ... Jay-Z, Kanye West, Cee Lo, Chris Brown, Justin Bieber, Christina Aguilera, Usher and Bruno Mars have each received an invitation (pictured above) from Katherine Jackson ... asking them to perform 1 or 2 of their favorite MJ songs in Cardiff, Wales on Oct. 8.

Katherine promises each star who signs on will be provided with "first class travel accommodations."

We're told Chris Brown, Justin Bieber and Bruno Mars have each respectfully declined the invite due to scheduling conflicts ... however, Christina and Kanye are leaning towards "Yes."

As for the one person who's already signed on the dotted line -- sources tell us Cee Lo from Gnarls Barkley was quick to commit.

Tickets to the event have not gone on sale yet -- but promoters say they will become available once a complete line-up is booked. 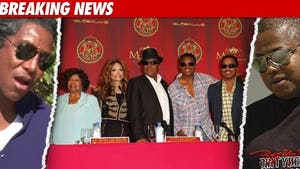 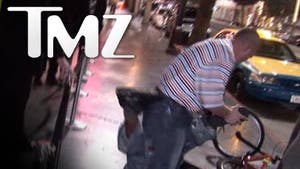 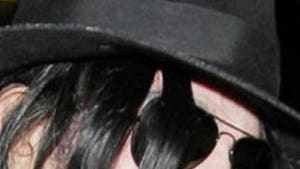