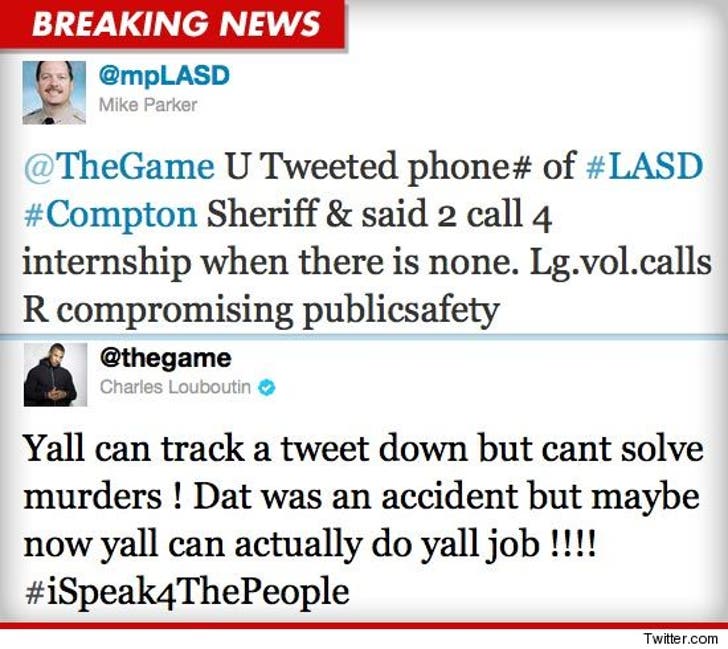 Rapper The Game could face criminal charges after he tweeted the phone number of the sheriff's station in Compton, CA -- but told people it was the number to call for an internship -- causing the station's phone lines to become overrun with calls and delaying emergency services.

The calls began around 5:20 PM PT, with most callers hanging up when they heard it was a sheriff's station ... and the rest asking how they could intern for The Game.

Deputies eventually discovered The Game's tweets and Sheriff's Capt. Mike Parker tweeted at him to put an end to it (see above). The Game eventually responded (also above) and deleted the tweets.

The calls ended around 8:00 PM, but Capt. Parker said it was unclear how many people with legitimate calls could not get through during that time.

According to the Sheriff's Department, they plan on turning over a complaint to the District Attorney's office to possibly file charges -- including delaying or obstructing a peace officer in the performance of their duties. 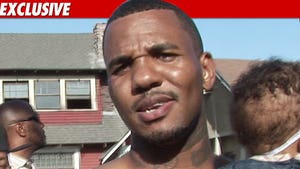 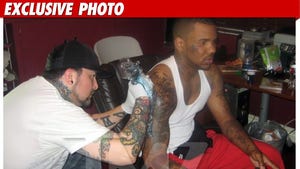 The Game Gets Tatted Up ... Playing Video Games 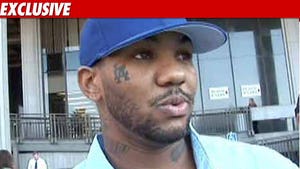 The Game -- Banned from Canada Over Gang Ties