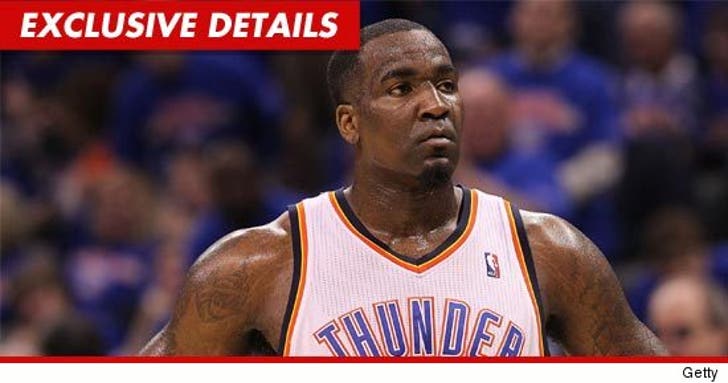 NBA star Kendrick Perkins was arrested in Beaumont, TX this morning for public intoxication and disorderly conduct ... TMZ has learned.

Perkins -- who plays for the Oklahoma City Thunder -- was booked into Jefferson County Jail at around 4:00 AM. According to the jail, he posted $251 bond and was released shortly thereafter.

The charges are both misdemeanors.

According to one report, fellow NBAer Stephen Jackson was arrested as well -- but a jail employee told TMZ he was NOT taken into custody or booked on any charges.

Perkins was reportedly in town for a charity basketball game, but that was canceled after Perkins was in the hospital briefly Thursday night for what was thought to be food poisoning.