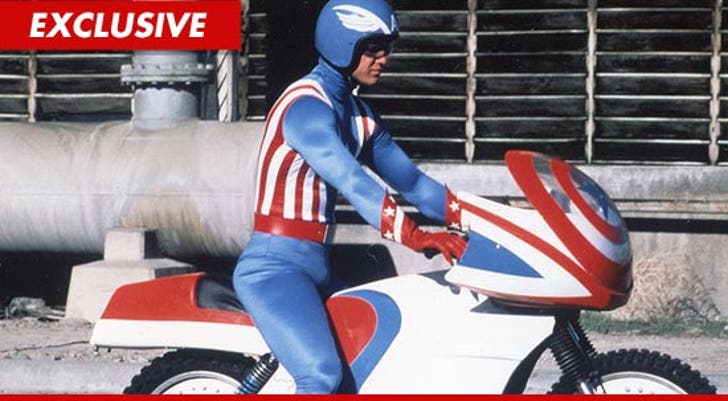 Reb Brown -- the guy who played Captain America in two TV movies in the 1970s -- feels the producers of this summer's remake violated an unspoken rule ... by not asking him to make a cameo in the new film.

Brown tells TMZ that at one pint ... the producers told his rep they were into the idea of having him make an appearance in the movie. But before he knew it ... he was reading about production getting underway in London without a single call coming his way.

What irks Brown the most is that Lou Ferrigno got to make a cameo in the 2003 terrible remake of "Hulk."

Brown says he'd love to be in the sequel (if there is one) and would take any role he could.

Marvel had no comment, but a source tells us this is the first they've heard of Brown's displeasure.