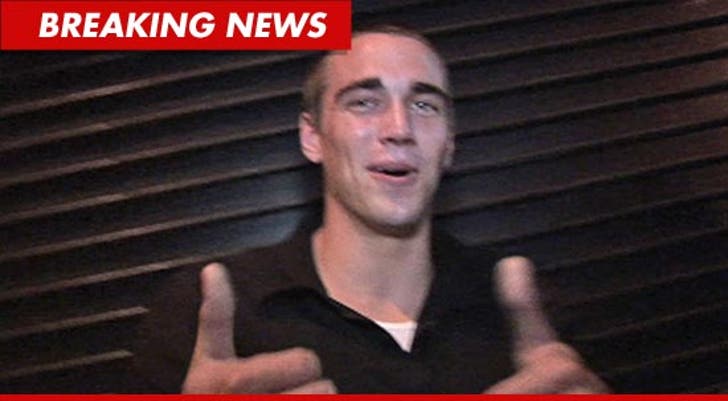 Clark Gable’s grandson Clark Gable III has been charged with three felony counts of pointing a laser at an aircraft, TMZ has learned -- after allegedly flashing a laser pointer at an LAPD chopper.

According to law enforcement, Gable was a passenger in a small red car driving in L.A. last month when he pointed a green laser at an LAPD helicopter -- flying above an event in Hollywood.

We're told the light obstructed the vision of two officers in the helicopter -- who were able to pinpoint the beam coming from the car Clark was riding in.

We're told Clark flashed the laser a total of three times at the chopper before cops pulled his car over -- and arrested him and the driver.

The driver has not been charged. If convicted on all counts, Clark faces three years in state prison. 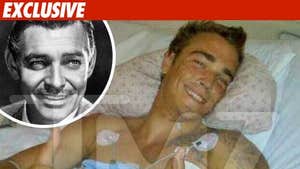 Clark Gable -- I'm Suing the Guy Who STABBED Me! 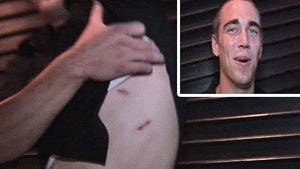 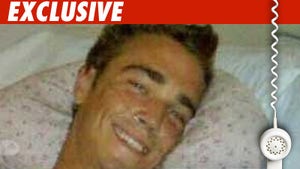