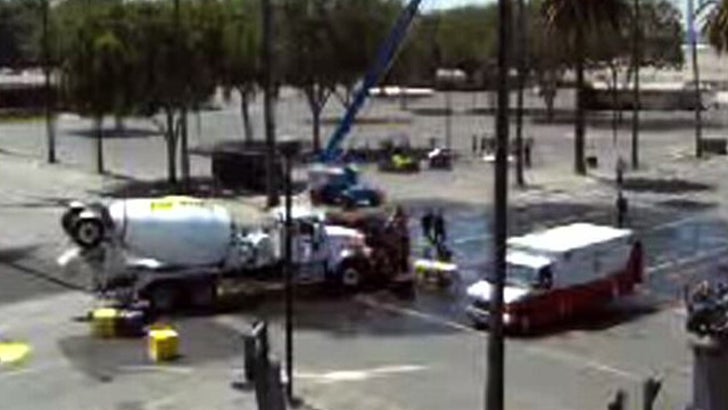 TMZ has obtained video of the massive collision that took place on the set of "Fear Factor" recently -- sending one contestant to the hospital -- but it could have been a lot worse ... if the ambulance hadn't arrived in record time.

As we previously reported, one of the contestants on the show was strapped to a truck for some stunt -- but something got in the driver's eyes ... and he plowed into another car.

Thankfully the guy was going less than 20mph at the time -- and the ambulance arrived LESS THAN A MINUTE after the accident.

The contestant was taken to the hospital -- and was released hours later with no serious injuries.