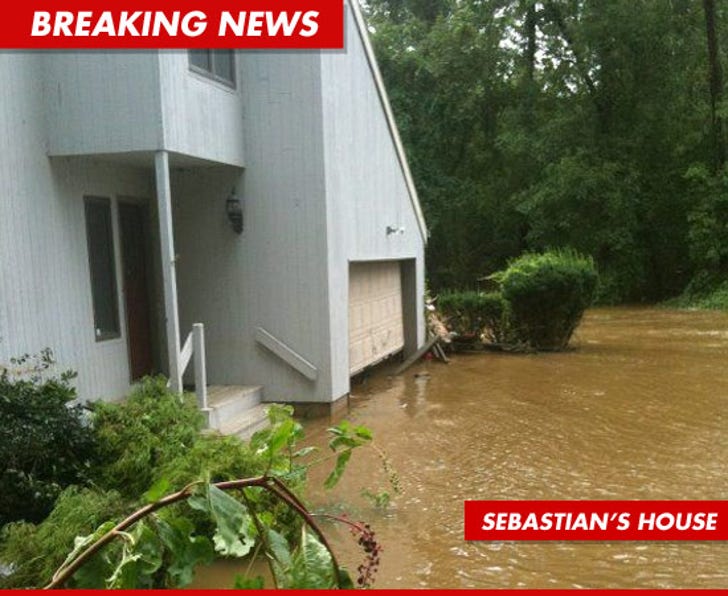 Sebastian Bach is "numb, in shock and devastated" after his home was COMPLETELY trashed by Hurricane Irene -- causing serious damage to his home and wiping out his "irreplaceable" collection of KISS and Skid Row memorabilia.

Bach posted the sad photo of his New Jersey home on his Facebook -- saying, "Somewhere under this water is a KISS pinball machine & 2 gargoyles from the Dynasty tour. If you see them floating past your house, they're mine. Or at least they were."

The ex-Skid Row frontman says the hurricane caused the reservoir next to his house to overflow -- sending a bridge CRASHING into the home's garage, knocking the house off it's foundation and flooding the basement where the rock items were stored.

In addition to the pinball machine and the gargoyles -- Bach says he lost a TON of Skid Row master tapes and memorabilia.

But Sebastian is taking it all in stride -- using the tragedy as an opportunity for a fresh start on the West Coast -- saying, "Hello, Los Angeles. Hello, New Life. Here I Am. It's time for a new start." 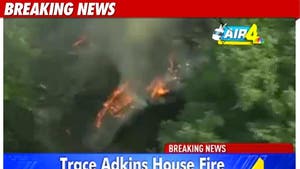 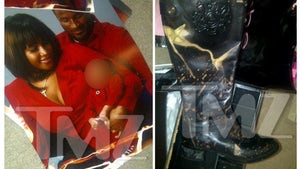