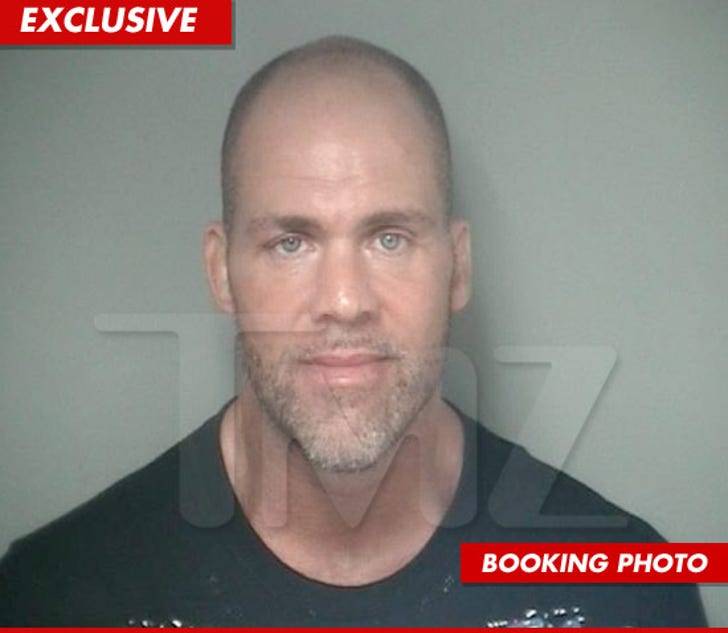 Wrestling legend Kurt Angle was arrested early this morning on charges of driving under the influence ... TMZ has learned.

Law enforcement tells TMZ ... Angle's car was spotted by another driver ... swerving between lanes on I-66. Angle was busted by Virginia State Troopers, who responded to the call, and taken to Warren County Jail.

Angle won the gold medal in wrestling at the 1996 Olympics before turning to professional wrestling. He made his name in the WWE and is currently under contract with Total Nonstop Action Wrestling.