The Situation is returning fire in his war with Abercrombie & Fitch -- claiming the clothing company has repeatedly tried to exploit his good name -- and now, he's demanding they BACK THE HELL OFF.

You'll recall ... the conflict began last month, when A&F publicly offered to pay The Situation NOT to wear their clothing. Days later, Sitch claimed he never received such an offer.

What's ironic ... A&F has previously marketed t-shirts clearly inspired by "Jersey Shore" -- including one that reads "GTL Fitch" and another that reads "The Fitchuation" -- and Sitch believes last month's offer was nothing more than an elaborate publicity stunt to trade off his good name. 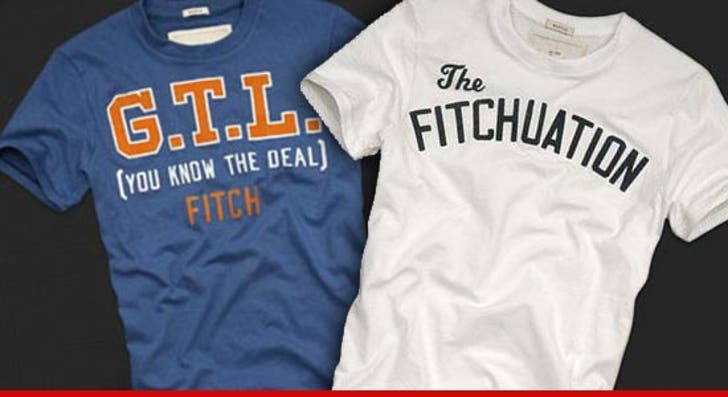 Now, Sitch's lawyers are saying enough is enough ... firing off a cease and desist letter to A&F on Wednesday -- demanding the clothing company yank the t-shirts from their shelves.

Sitch also wants all the profits A&F made off the shirts -- insisting his company MPS Entertainment owns the trademarks ... and the clothing co. is infringing on them.

According to the cease and desist, A&F has until Tuesday to respond -- or else.