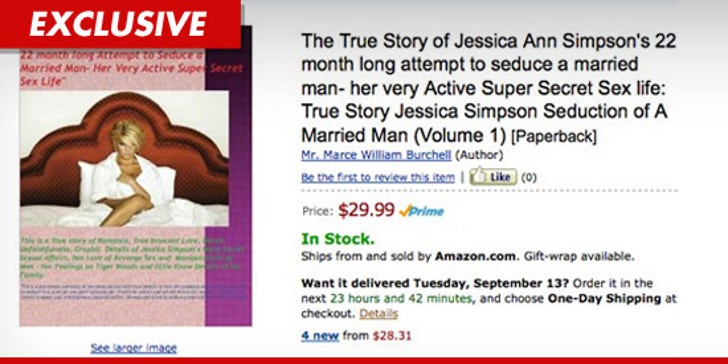 An obsessed fan who has tried to contact Jessica Simpson for years has taken it to a whole new level -- writing a book about their alleged affair ... despite the fact that they've never met.

Sources close to Simpson tell TMZ they have been dealing with Marce William Burchell, for years. We're told her security team has a profile on him and they are aware he is now selling a book online.

According to our sources, Burchell had puppies sent to her home when her beloved Daisy went missing and once got a hold of Jess' phone number. His calls and texts forced her to eventually change it.

We contacted Burchell ... and part of his 1,732 word response was, "This book was not written to hurt her, but was written as my only way to heal emotionallyfrom the severe trauma and pain she put me through by her heartless cruel treatment of me."

We're told Jessica has not contacted police ... yet. Her reps had no comment.