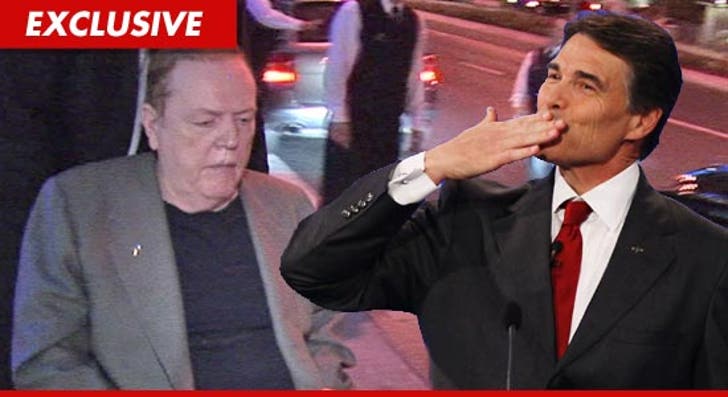 Hustler Magazine publisher Larry Flynt is putting GOP Presidential candidate Rick Perry in his crosshairs ... he'll be offering up to $1 million for anyone who can prove Perry has had an illicit sexual liaison ... TMZ has learned.

The ad -- which Flynt will take out in various newspapers -- says, "Have you had a gay or straight sexual encounter with Governor Rick Perry?"

Flynt -- clearly not a fan of Perry, who opposes same-sex marriage and is generally very conservative on social issues -- has done this before, but didn't limit his targets to Republicans. In 1998, he offered a similar bounty for dirt on Bill Clinton. And he's made similar offers for info on all members of Congress.