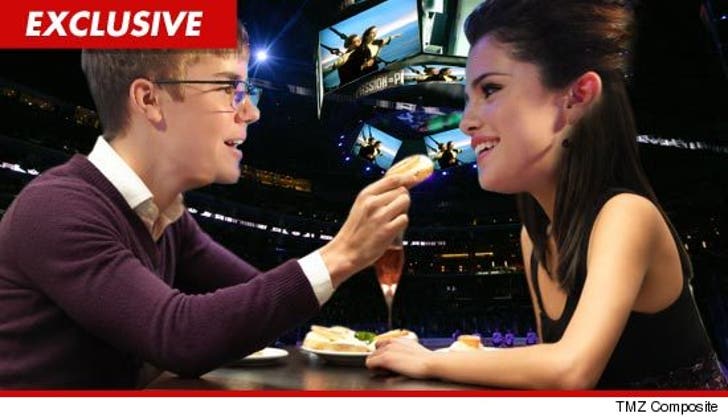 TMZ has learned just how Justin Bieber surprised GF Selena Gomez with an intimate dinner and a movie for 2 at the otherwise empty Staples Center in downtown Los Angeles.

We broke the story ... Justin and Selena attended a Demi Lovato concert Friday night at the nearby Nokia Theater. After the show, just after 11 PM, Justin instructed Selena, "Follow me," and then took her through the underground tunnel that connects Nokia to Staples.

When they walked inside the empty, 20,000 seat arena, the lights had been dimmed and there was a table for 2 on the floor, with candles ... of course.

We're told Justin had the fancy Staples restaurant -- The Lexus Club -- cater the meal. They ate steak and pasta, and when they were done, suddenly the movie "Titanic" appeared on the screen.

Justin got the idea from the movie, "Mr. Deeds," where Adam Sandler surprises Winona Ryder with a date at Madison Square Garden.

Selena was "shocked" when she realized what was up.

As for Justin ... he didn't have to pay a penny, because the honchos at Staples were grateful he filled the arena 3 times in the past. 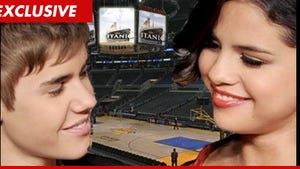 Justin Bieber -- I Really Am ... King of the World