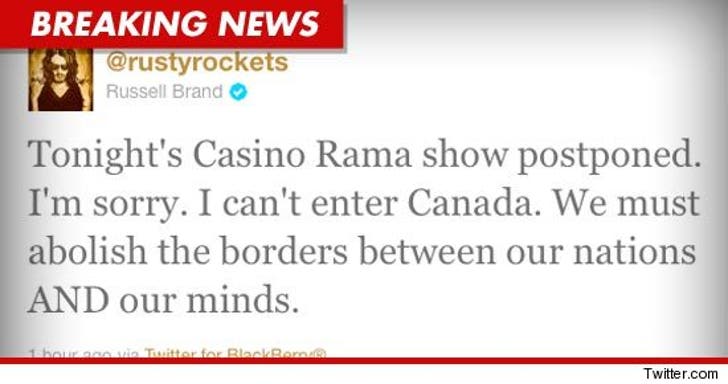 Russell Brand has managed to find another country that doesn't want him -- he's been denied entry to Canada.

Brand first tweeted, possibly while still flying, "HELP! I'm gonna be late for Casino Rama show unless someone can force Canadian customs officials to let us land in Orillia!"

He then tweeted a few hours later that his concert tonight was cancelled because he couldn't get in the country (see above).

Brand was deported from Japan back in May while trying to visit with his wife, Katy Perry.

The media in Canada paints a different story -- saying Russell was not turned away by customs, but rather his plane was having issues. 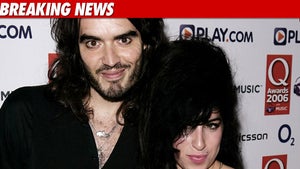