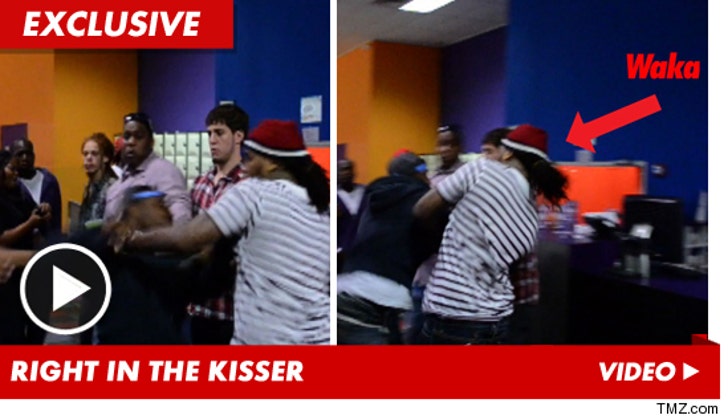 Waka Flocka was ruthlessly coldcocked Thursday night -- after a massive brawl broke out at the rapper's charity bowling event in Atlanta.

According to sources, the fight was over money -- the guy who throws the first punch is one of Waka's former proteges. He accused Waka of owing him cash.

Waka's rep tells TMZ, the rapper was trying to do a good thing for his community and got ambushed. Although Waka chases the guy down and his posse beats the dude up, Waka's rep says he was just defending himself.

Cops were called to the scene -- but no arrests were made.