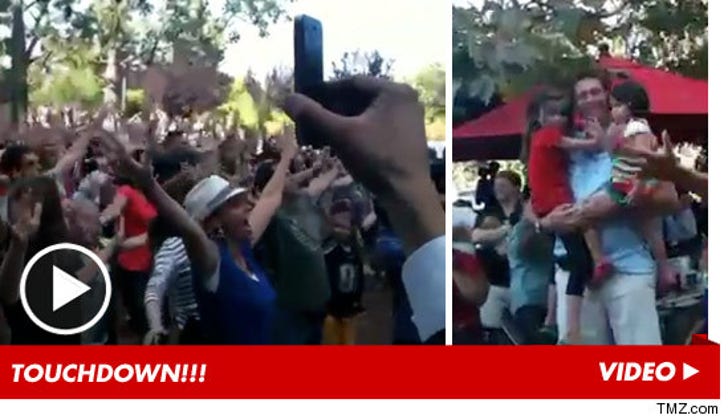 What do you get a birthday boy who's won 3 Super Bowls, 2 MVP awards, six NFL passing titles and was the first left-handed QB to be inducted into the NFL Hall of Fame? If you're Steve Young's wife ... you get him his own flash mob.

Barbara Young surprised her famous hubby this weekend by organizing a surprise flash mob dance party to perform for Steve after his 50th birthday dinner at the Stanford Mall in Palo Alto, CA.

Steve's actual birthday isn't until Oct. 11th -- but Barbara (who's wearing a white hat in the video) had the gang bust out a rendition of "Happy Birthday."

We're told Young's kids and his brother were in on the mob -- and one source who was at the scene tells us Steve was so moved, he was fighting back tears. 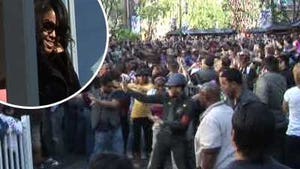