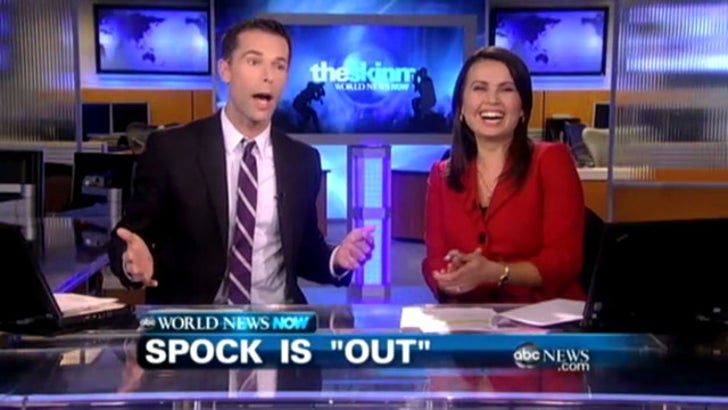 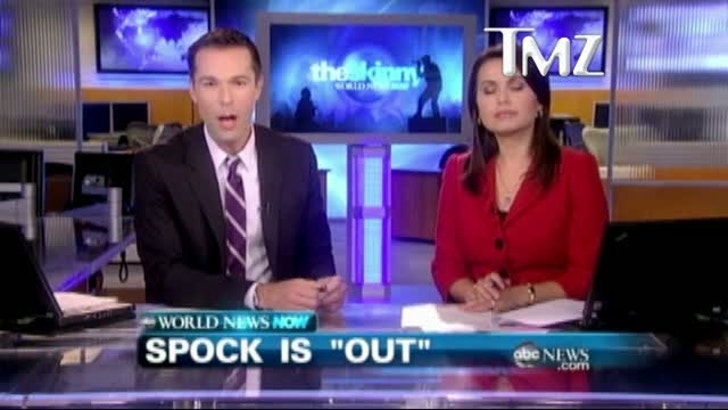 An "ABC World News Now" reporter had a "coming out" moment on live TV this morning ... revealing his sexuality ... during a report about Zachary Quinto.

With the words, "Spock Is Out" written across the screen, anchor Dan Kloeffler cracked a joke about wanting to date the "Star Trek" actor ... the first time he ever revealed his sexual orientation in public.

The newsman blogged later, "I've never shared that I'm gay on air, even though I've been out to my family ... but for the same reason that Zach decided to come out, I too, no longer wanted to hide that part of my life." 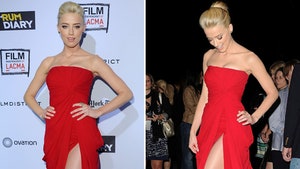