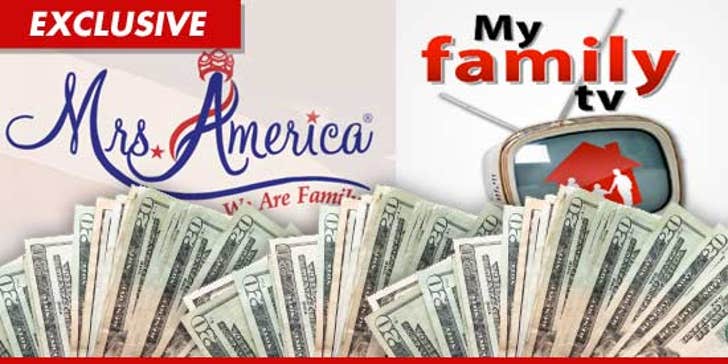 Mrs. America doesn't give it up for free ... even to bigshot TV producers ... and now the company behind the pageant is going after a network that aired the competition without paying up ... this according to a new lawsuit.

The Mrs. America pageant (it's like Miss America without the oral sex ... just KIDDING!) ... claims it had a deal with My Family TV to bank 50% of all ad revenue on the broadcast of the 2011 contest.

Mrs. America claims My Family TV had 60 days to pay up after the May 8th broadcast -- which featured Florence Henderson BTW -- but the network has flaked out in a big way.