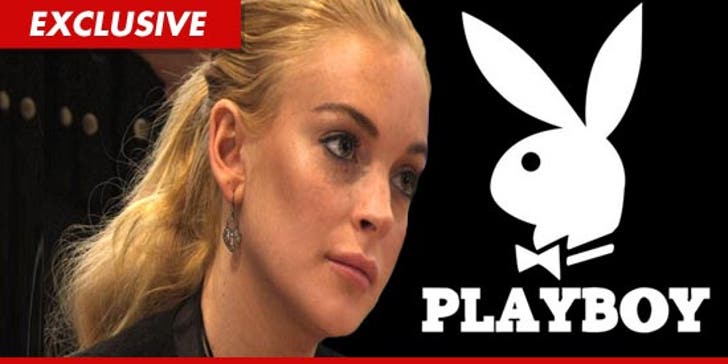 Lindsay Lohan didn't wuss out for her Playboy shoot -- TMZ has learned, the actress will BARE ALL in her upcoming spread ... i.e. the holy trifecta ... or as one source close to Playboy put it, "boobs, ass, and vag."

As we previously reported, Lindsay recently locked down a nearly-million-dollar deal with PB for a full pictorial -- and yesterday, she finally wrapped her 4-day shoot.

Reports circulated Lindsay would pull one of those lame semi-nude fiascos -- all sideboob, no fun -- but sources close to Hef & co. tell us, that is NOT the case. Lindsay did insist the photos be "tastefully done," but we're told she's still going the full monty.

It's unclear when Lindsay will grace the cover -- but it could be the life-giving jolt Playboy needs for a comeback.