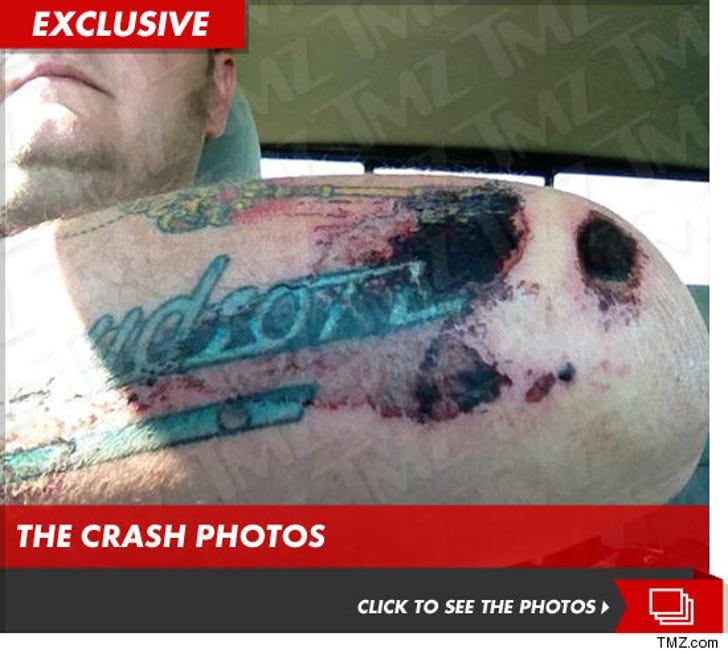 "Pawn Stars" bad ass Corey Harrison suffered a bloody case of road rash ... when he wiped on his Harley during a ride from Vegas to San Diego this weekend ... TMZ has learned.

Sources tell us ... Harrison and a friend were halfway through the 10-hour cruise ... when they got caught in some intense rain around Joshua Tree ... and Corey lost control of his bike.

We're told the bike slid out from under the reality star and skidded off the road. Harrison scraped his arm up in the wreck, but suffered no major injuries.

The bike wasn't so lucky ... suffering damage to the handlebars, windshield and scrapes ALL OVER.

We're told repairs are expected to run Corey about $3k. Good thing he can afford it. 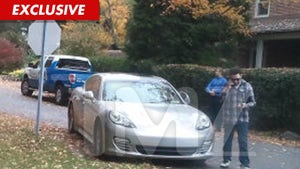 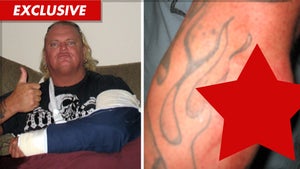