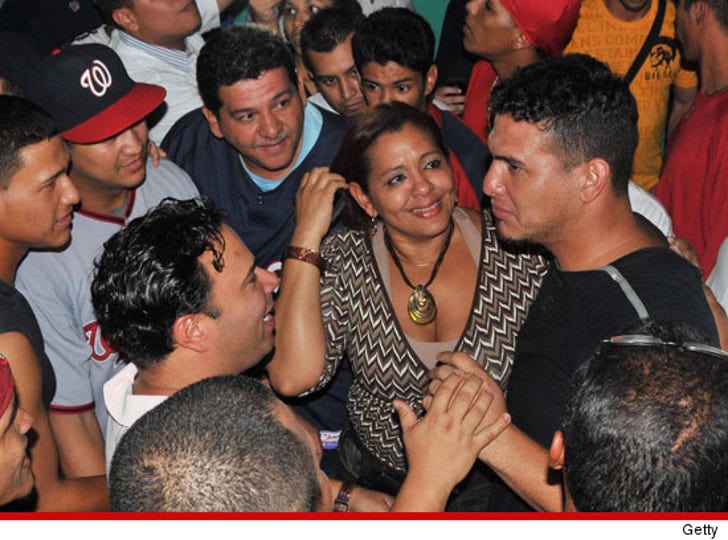 Washington Nationals catcher Wilson Ramos was reunited with his family today in Venezuela after he was rescued following his kidnapping earlier this week.

Five men were arrested in the kidnapping, but authorities did not release if anyone was wounded in the rescue.

Ramos told a local television station, "They simply told me to cooperate, that they were going to ask for a ton of cash for me."

He added, "The truth is I'm still very nervous, but thanks to God everything turned out well."