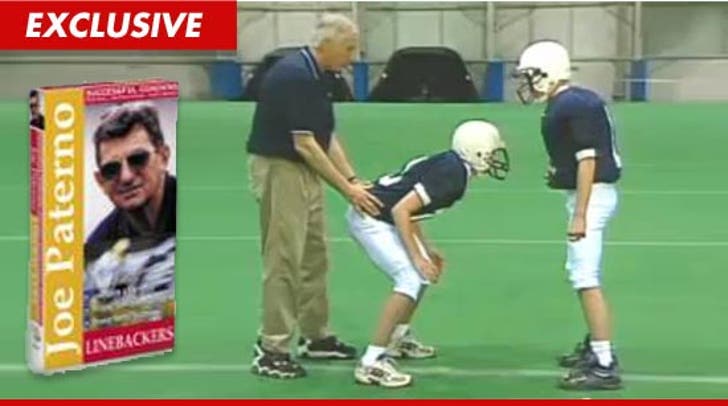 A Joe Paterno approved instructional football video has gotten the death sentence from distributors over a segment involving Jerry Sandusky interacting with young boys ... one of whom may have been among the alleged victims.

The video -- titled, "Joe Paterno: Linebackers" -- was released in the late '90s and features Sandusky running a hands on tackling drill with a group of young boys. A screen shot from the video appears above.

According to the infamous grand jury report in the Sandusky case, the person identified as Victim #4 participated in "a video made about linebackers that featured Sandusky."

The name of the video is not mentioned in the testimony, but we can't seem to find any other instructional video about linebackers that features Sandusky.

Now, TMW Media Group has pulled the video off of its website -- and a rep tells us the company will no longer offer the video for sale strictly because of Sandusky's involvement. 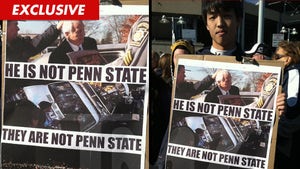 Penn State: We're Not a Bunch of Sanduskies 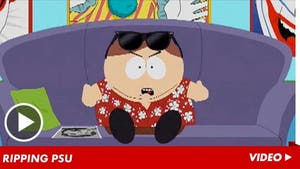 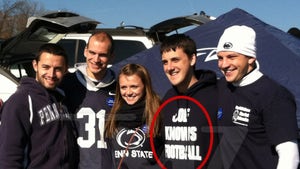