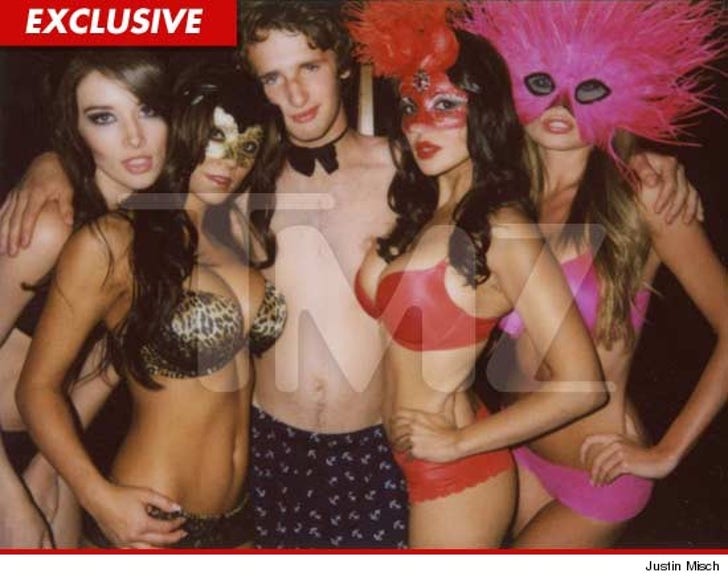 There's a damn good reason Sean Penn's 18-year-old son recently stripped down to his skivvies and hung out with a bunch of lingerie-clad models -- HE'S SEAN PENN'S SON!!!

No, the almost-nudity wasn't for an "Eyes Wide Shut" style sex party (unfortunately) ... TMZ has learned Hopper Penn wants to follow his father's footsteps into Hollywood and picked up a lead role in a racy new short film called, "Back in the Game."

TMZ spoke with the producers who tell us the movie is a psychedelic trip about a cowboy ... who meets a bunch of hot babes in the desert... and parties his ass off with 'em at a Bev Hills mansion. It's kinda trippy ...

We're told Hopper is serious about pursuing a career in film -- and he's already won over the models who were on set ... one of whom told us, "Hopper was awesome to work with ... and hot!"