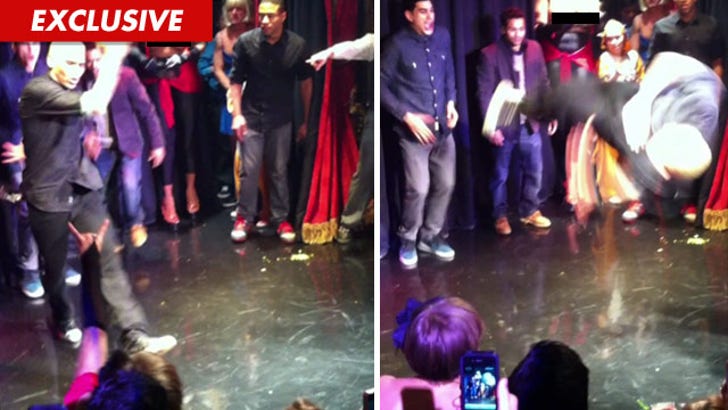 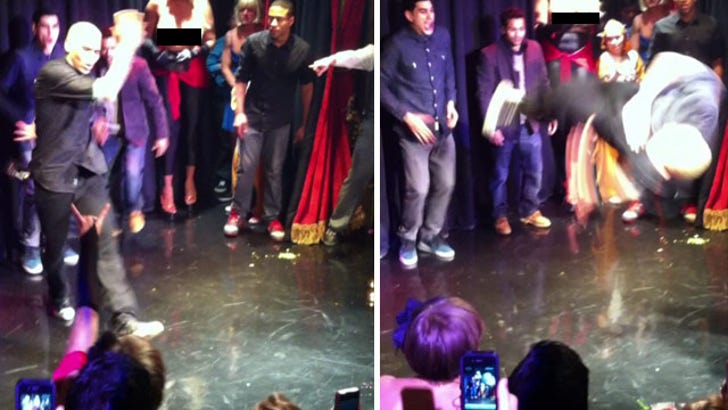 In case you had any doubt ... Chris Brown is one badass back-flipping dance machine -- and he proved it last night at an L.A. nightclub, throwing down some mind-blowing moves in an impromptu breakdance battle ... and TMZ has the footage.

Brown and his dance crew stormed the stage at Beacher's Madhouse inside the Hollywood Roosevelt Hotel ... unleashing breakdance MAYHEM -- and the crowd went wild. You gotta see the clip.

Best part -- 6-foot-7 Amazon Ashley waiting patiently in the background to take the stage ... with her giant nipple tassels. 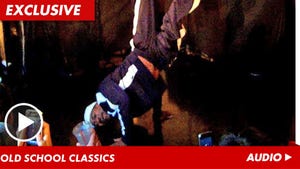 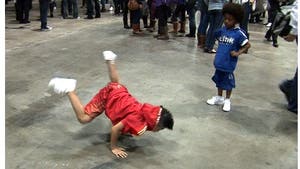