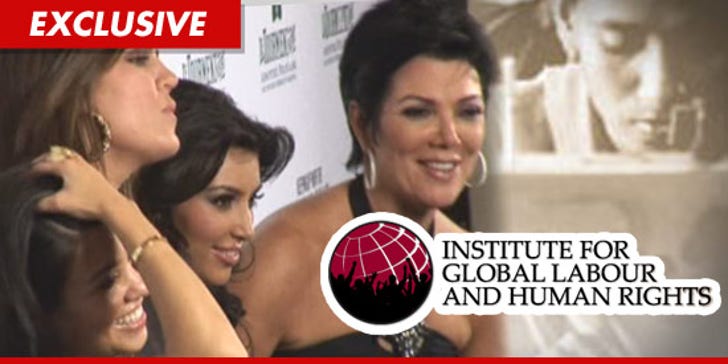 The leader of the human rights group quoted in a story implying the Kardashians use "slave labor" to manufacture their clothes and shoes says the story is misleading.

Charles Kernaghan, Executive Director of the Institute for Global Labour and Human Rights, tells TMZ, he told Star Magazine, "It was a wise idea to wait on the article," because he had no proof that the specific factories the Kardashians use violated child labor standards or human rights.

Star's headline reads, "Kardashian Sweatshop Scandal: Family's Fashion Empire Makes Millions from Child Labor." Kernaghan is quoted as saying, "The Kardashians are in bed with some pretty bad people ... Not only are celebrities like the Kardashians taking advantage of these workers, they are holding hands with a government that spits on democracy and women's rights."

Kernaghan tells us ... his quotes were taken out of context ... that the violations he described to Star apply to the REGION in China where clothing and other items are manufactured. He says child labor practices in many of the factories are appalling, but he has no proof the specific factories the Kardashians use employ such practices.

Kernaghan says his organization is investigating the factories the Kardashians use, but so far he has NO EVIDENCE of any human rights abuses.

Kernaghan does say ... 75% of the factories in the region have violations similar to the ones described in Star.

Kris Jenner tells TMZ ... the factories the Kardashians use are "strictly policed" and there are no child labor or human rights violations. 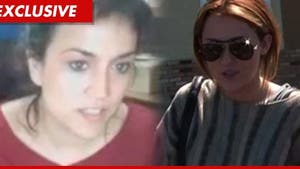 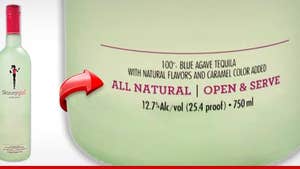 The Situation -- Calling BS on A&F