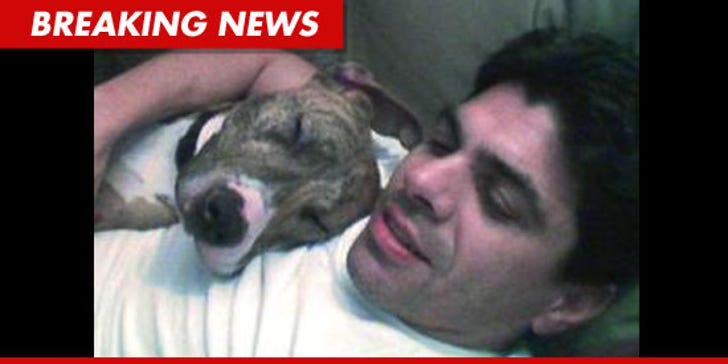 A soap actor killed himself this week on his 47th birthday ... hours after he was forced to put his beloved dog to sleep under pressure from his Manhattan condo.

According to the NY Post the building had a ban on pit-bulls, but Nick Santino's dog had been grandfathered in ... which didn't sit well with some of the neighbors. Some claimed the dog was loud and aggressive, but others said building management was just harassing Santino ... trying to force him to get rid of the dog.

Santino had Rocco put to sleep on Tuesday -- for some reason he felt that was his only option.

According to the paper, a tearful Santino brought dog treats to the doorman and said, "Give these to the other dogs. Rocco is no more."

Later that day Santino left a suicide note that read, "Today I betrayed my best friend and put down my best friend ... Rocco trusted me and I failed him. He didn't deserve this."

Santino -- who has appeared on "All My Children" and "The Guiding Light" -- OD'd on pills early the next morning.

Rocco was cremated and friends told the Post Santino will be too.