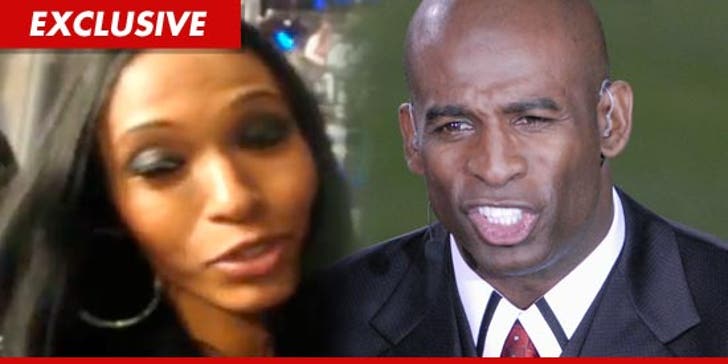 Deion Sanders says his estranged wife is straight up LYING ... telling friends he NEVER offered her cash for sexual favors ... and insists Pilar is simply trying to extort him for millions.

TMZ broke the story ... Pilar just filed an emergency motion in Texas, claiming Deion is holding her as a "financial hostage" ... cutting off her cash flow ... and only offering to give her cash in exchange for X-rated activities.

Sources close to Deion tell us the accusations are entirely untrue ... and claim the NFL legend recently sent her a cashier's check for $10,000 ... which Pilar REJECTED.

Pilar's lawyer, Larry Friedman, tells us she refused to accept the money because Deion presented the check as a "partial payment" towards the prenup ... a prenup she believes is invalid.

We're told Pilar was only promised $1,000,000 in the prenup ... but Friedman believes she's entitled to MILLIONS more ... saying, "The offer does not reflect the assets in the estate and does not account for the time, effort, devotion, and faithfulness Pilar has invested in the marriage."

A close adviser to Deion tells us ... "Pilar has continued to make false statements in an attempt to extort additional money, in spite of the generous pre-nup that she voluntarily signed. Deion is going to allow a judge to resolve this privately, then he looks forward to setting the record straight publicly at the appropriate time." 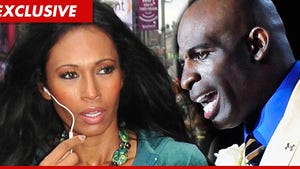 Pilar Sanders -- Deion Will Only Give Me Money for Sexual Favors 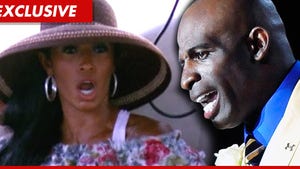