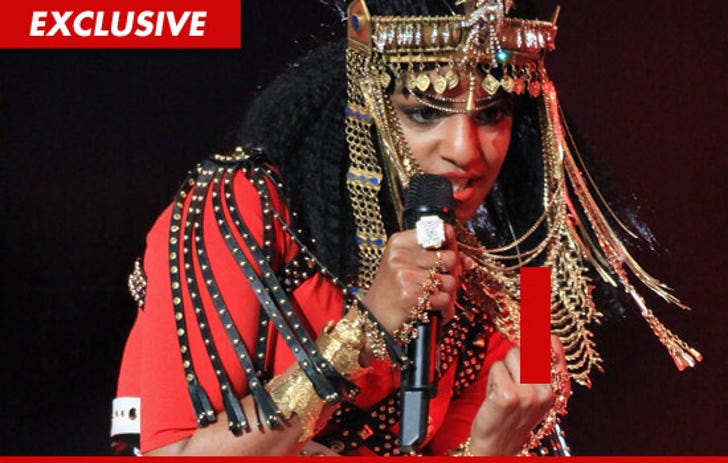 M.I.A. will end up paying any fines imposed on NBC as a result of her finger wag during the Super Bowl halftime show ... sources with direct knowledge tell TMZ.

Our sources say ... the NFL has indemnified NBC ... because the NFL is responsible for the halftime content.

But the NFL was smart, given the history of performers who wanted to do something shocking to get attention during the biggest TV event of the year. So we're told ... M.I.A. signed a contract with the NFL for the halftime performance, and in that contract M.I.A. agreed to indemnify the NFL for any money it might be forced to pay if the FCC comes down on the Peacock Network.

Remember, CBS was hit with a $550,000 FCC fine after Janet Jackson's famous wardrobe malfunction, but that fine was thrown out by a federal appeals court.

Sources tell us ... aside from the fact that the NFL doesn't want to pay a huge fine, the organization wants to send a message to performers -- don't you dare screw with us.

We don't know if the NFL got a similar indemnity clause from Madonna.