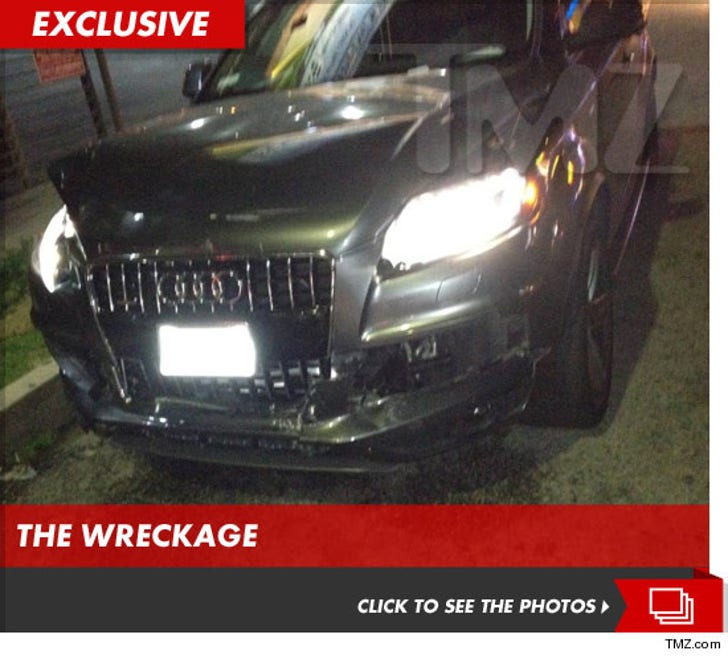 DISCLAIMER: We are not saying women are worse drivers than men -- BUT ... Mark Ballas' girlfriend totally just destroyed the "Dancing" pro's Audi SUV ... and TMZ has obtained pics of the wreckage.

The 3-car pileup went down Saturday night on the Sunset Strip in L.A. -- sources tell TMZ, Mark's Pia Toscano replacement Tiffany Dunn was driving his Audi and accidentally rammed some dude's Porsche from behind ... sending him careening into another car.

Thankfully, everyone was fine ... and the damage on the other two cars wasn't too bad -- but that's a heckuva lot more than we can say for Mark's poor Audi, which was left in undriveable condition in the middle of the road.

We're told the car was eventually towed to safety -- and Mark's insurance company is taking care of everything else.