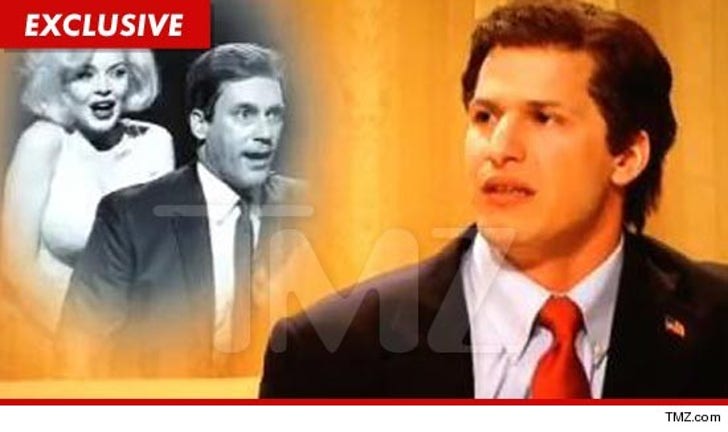 Lindsay Lohan was all set to continue her obsession with Marilyn Monroe during last week's "Saturday Night Live" -- but a sketch featuring her and Jon Hamm was scrapped at the last minute ... TMZ has learned.

According to our sources, the sketch was to feature Lindsay as Marilyn and Hamm as JFK appearing to Rick Santorum (played by Andy Samberg) while he is at a conservative event (see photo above).

During the sketch, Marilyn and JFK explain Marilyn was on birth control provided to her by Medicare, which causes Santorum to vomit uncontrollably. Santorum (the real one) recently said that JFK's speech from 1960 about keeping religion out of politics "makes [him] want to throw up."

In the end, we're told the sketch made it all the way to rehearsals, and was even performed in front of a live audience, but was ultimately cut because of time constraints.

Lindsay has channeled Marilyn several times over the years, including her most recent Playboy cover. 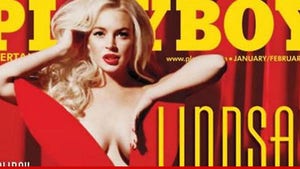