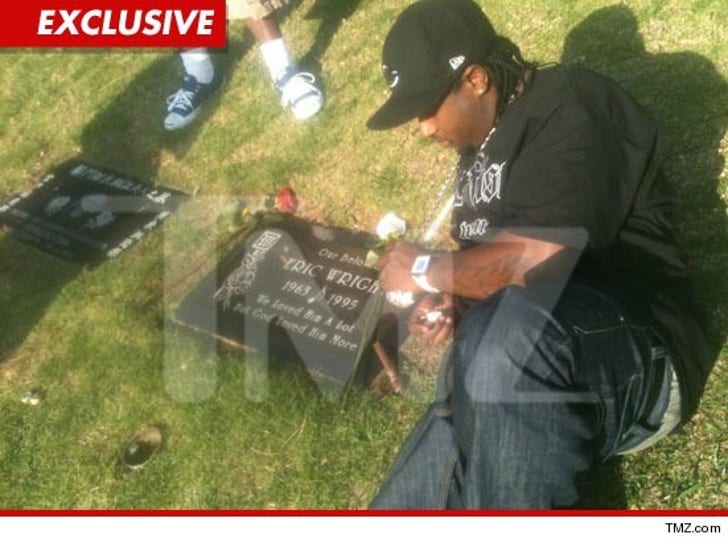 Eazy E's grave has become a popular destination for thrill-seeking boozers and potheads -- this according to the late rapper's son.

Eric Wright Jr. tells TMZ, he visited his dad's place of rest on the anniversary of his death -- March 26th -- and when he arrived, the gravestone was covered in empty beer bottles and marijuana cigarette butts.

Wright says he spent several minutes cleaning it off -- then sat for a few hours reminiscing about his father and the time they spent together.

Wright tells us, he visits his dad's grave every year to "release my pain and hurt ... [and] every year I take a different message that he has said and use it as an inspiration." 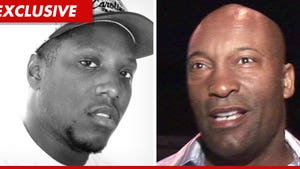 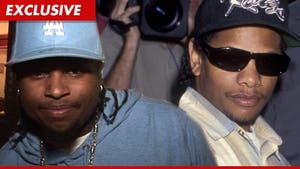