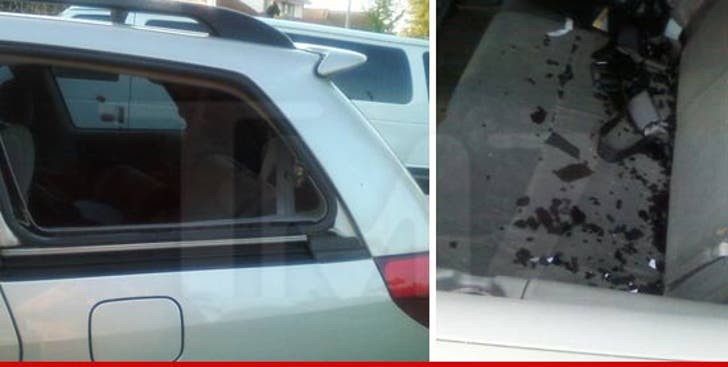 Outrage over Octomom's decision to go on welfare has reached new violent heights -- because last weekend, some cruel jerkwad straight up SMASHED her car window ... and even left behind a handwritten death threat.

Nadya Suleman tells TMZ, she heard several strange noises outside her house early Saturday morning -- but brushed them off and went back to sleep. When she got out of bed at 9am, Nadya says her neighbors were at her door ... and informed her that her car window had been broken.

Whoever vandalized the car knew who his/her victim was too -- because the criminal left behind a handwritten note, reading, "Leave California or you will die." 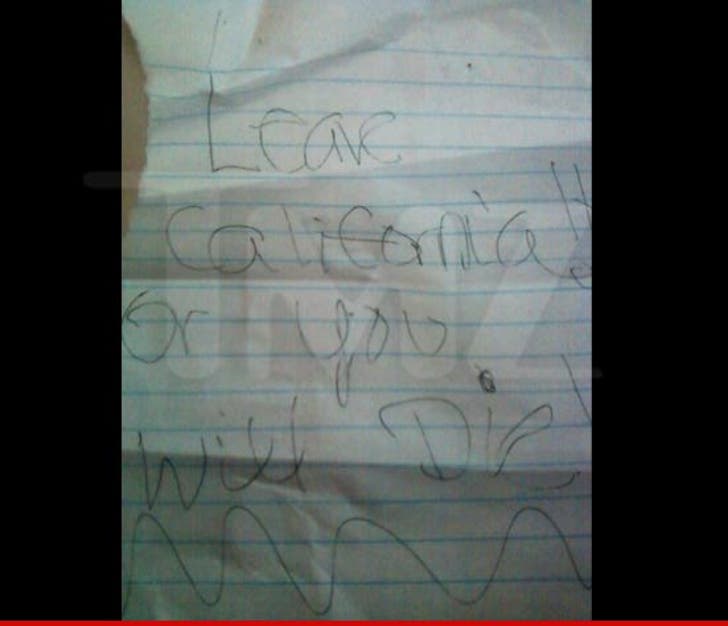 Octo's father filed a police report after the incident. The investigation is ongoing. 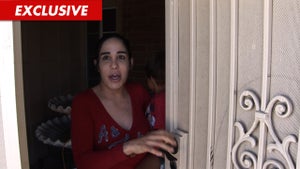 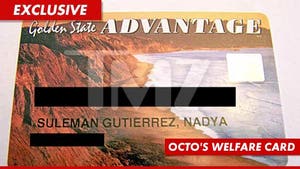