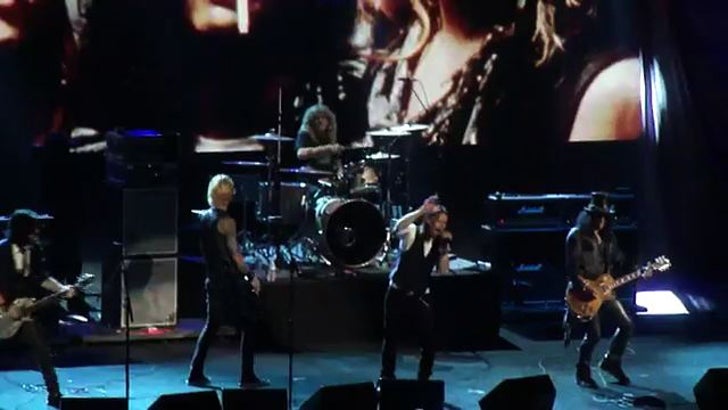 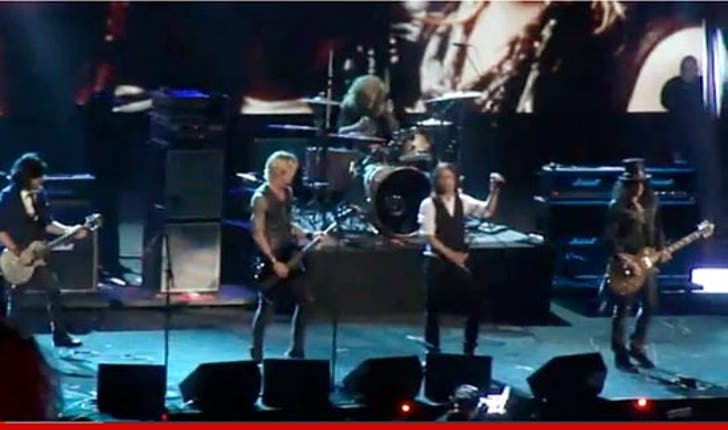 No Axl? No problem.


The other original members of Guns N' Roses -- Slash, Duff and Steven Adler -- didn't let Axl Rose's boycott of the Rock and Roll Hall of Fame keep them from performing some of GNR's greatest hits this weekend ... they just used a different singer.

The band hit the stage with Myles Kennedy on lead vocals ... busting out hits like "Sweet Child O' Mine" and "Paradise City."

FYI -- Myles was the singer on Slash's solo album ... and also fronts the band Alter Bridge.

A judge already ruled that Axl owns the name Guns N' Roses ... and he still tours under the the GNR banner ... but who DESERVES the title? Axl and his band ... or Slash, Duff, Steven and the replacement?