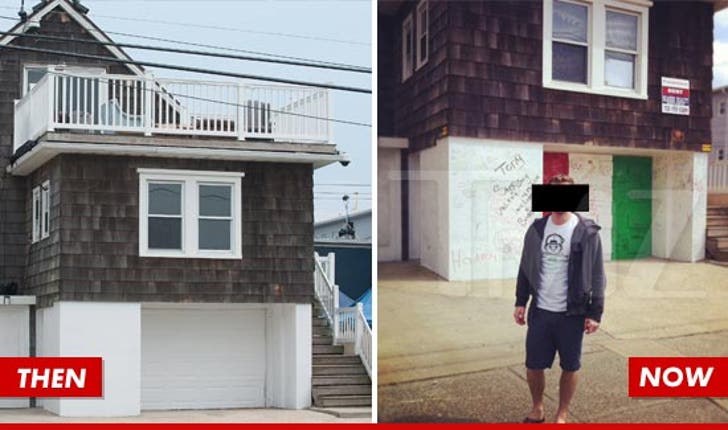 As if having 9 booze-filled, fight-prone tenants wasn't punishment enough ... TMZ has learned the beach pad featured on "Jersey Shore" is now being violated on the outside ... by vandals.

The realtor for the infamous house in Seaside Heights tell us ... hoards of people keep tagging the outside walls (above) with their names and random comments like, "We love you Snooki."

We're told the damage is so profuse ... the realtor is forced to repaint the guido-smush den on a WEEKLY basis. 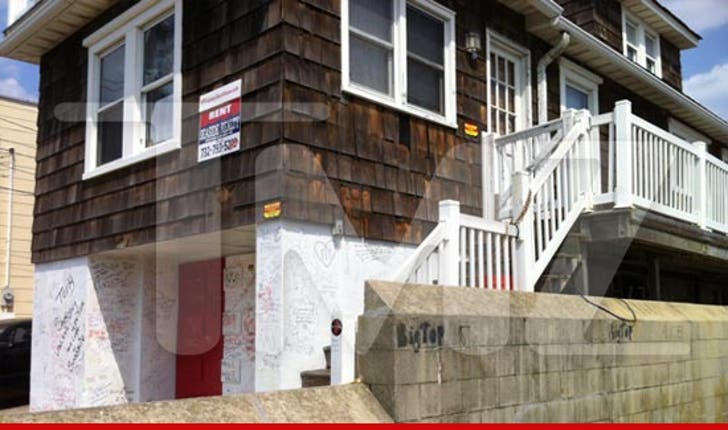 Not only that ... people are stealing roof shingles and constantly caught messing with the front door when the house is vacant.

In light of the problems ... we're told security has been beefed up and local cops are on the look-out for nefarious fans.

The good news ... it's only the realtor's problem when the show is NOT in production ... otherwise the clean-up nightmare is in the hands of "Shore" producers.

As if they don't have enough to deal with. 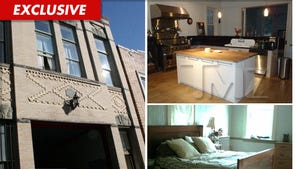 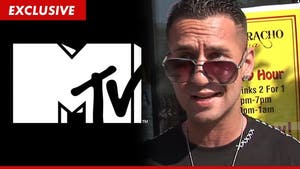 The Situation -- MTV Warned Him for YEARS About Drinking Problem 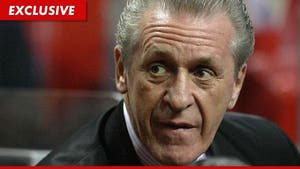