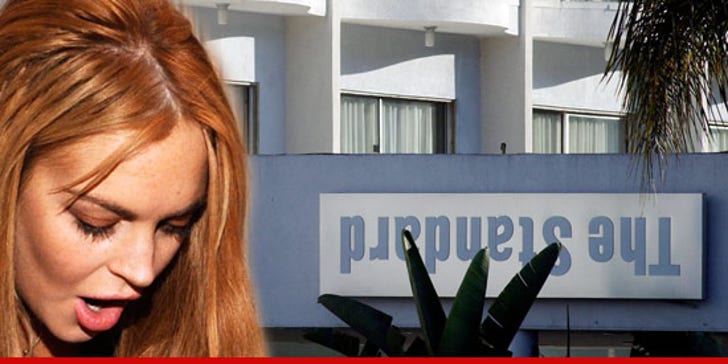 Lindsay Lohan will never step foot in The Standard Hotel again ... or at least for the foreseeable future. She's telling friends the hotel is a curse, causing her nothing but heartache ... and this week's drink-throwing incident was the last straw.

You would think Lindsay might swear off clubbing period, but if you thought that you just don't know LiLo. She's on the hunt for a new hip place to spend her free time.

We're told Lindsay is fully aware she's now a big fat target ... knowing full well there are people who want either quick publicity, some easy money or both -- but she vows not to become a shut-in out of fear.

As for Wednesday's drink-throwing debacle -- Lindsay admits she was at The Standard's nightclub Smoke and Mirrors ... but insists the other girl was the instigator.

We're told Lindsay is confident everyone will eventually realize she did nothing wrong during the drink-throwing incident and the alleged shoving incident two weeks ago. 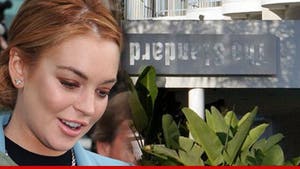 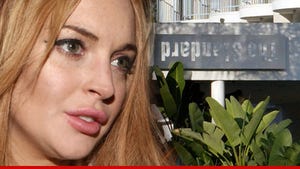