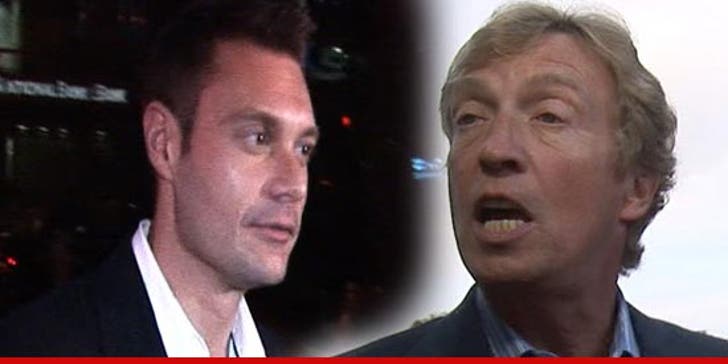 Ryan Seacrest feels like crap ... so much so he missed the rehearsal for "American Idol" tonight, and sources connected with the production of the show tell TMZ ... Ryan may be MIA for the first time in the 11-season run of the show.

We're told Executive Producer Nigel Lythgoe stepped in for Ryan during the dress rehearsal this afternoon.

Sources say Ryan had an IV in his arm, and is fighting "a bad stomach bug." We're told he was throwing up all last night and today.

Ryan was not at the rehearsal and it's unclear if he'll do the show. If he doesn't, Nigel is ready to step in.

As for whether Ryan decides to take the stage ... let's just say one of the songs on the show tonight is Queen's "The Show Must Go On."

Still, Nigel tells TMZ, "I'm sending my rehearsal tape to "X-Factor." I could be the next Steve Jones. Not as handsome but just as good. Literally!"