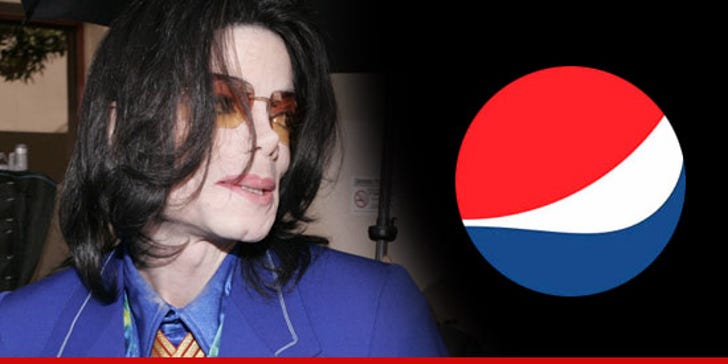 Michael Jackson's Estate has just made a huge deal with Pepsi -- the company whose 1984 commercial arguably ruined his life, and some say it's a deal with the devil.

You'll recall, MJ's hair famously caught fire during a pyrotechnic mishap while filming the commercial -- causing severe burns on his scalp that led MJ to become a hardcore prescription drug addict ... and that addiction eventually led him to Dr. Conrad Murray.

The MJ Estate feels Pepsi is the right company to join forces with for a couple of reasons. First, Michael himself worked with Pepsi twice after the incident, once in 1988 and again in 1991, so the singer obviously didn't hold a grudge. And a spokesperson for the estate tells us, "We're here to market the re-release of the 'Bad' album and Pepsi is the most effective place to do it."

But lots of people blame the Pepsi shoot for putting MJ on a drug-fueled path of self-destruction -- including one of the singer's former managers Frank Cascio, who said MJ was introduced to Demerol (a heroin-like opioid) following the accident ... to help deal with the pain.

The Jackson/Pepsi promotion will vary country-to-country -- but will include a TV commercial, special edition cans with Jackson's image, and chances to win downloadable remixes of Jackson's songs.