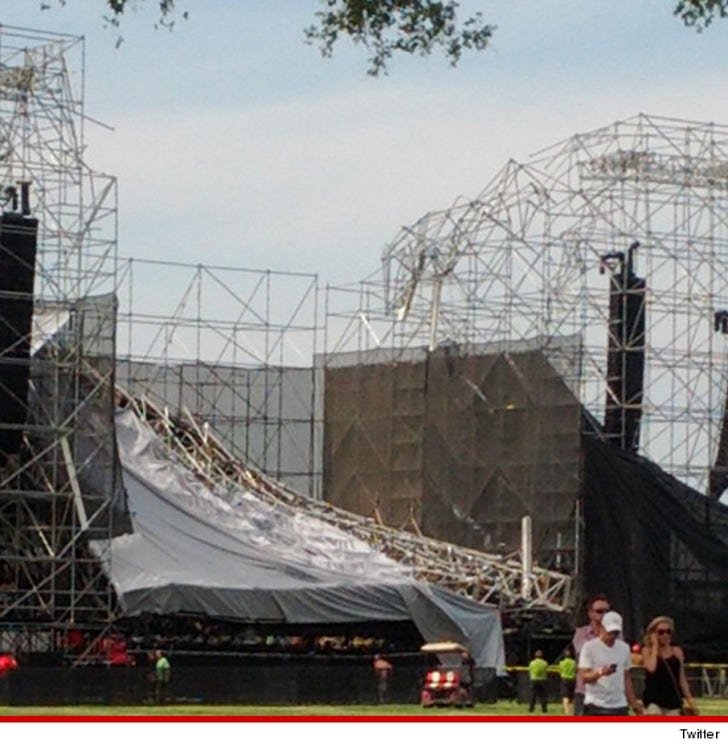 The stage at Downsview Park in Toronto collapsed before Radiohead was set to perform, injuring three and killing one.

The CBC is reporting one of the injured was transported to Sunnybrook Hospital in serious condition while the other two were being assessed at the scene.

The concert was cancelled following the accident. It is unclear what caused the stage to collapse.

The band posted this message on their Twitter page, "Due to unforeseen circumstances tonight's at downsview park tonight has been cancelled. Fans are advised not to make their way to the venue."