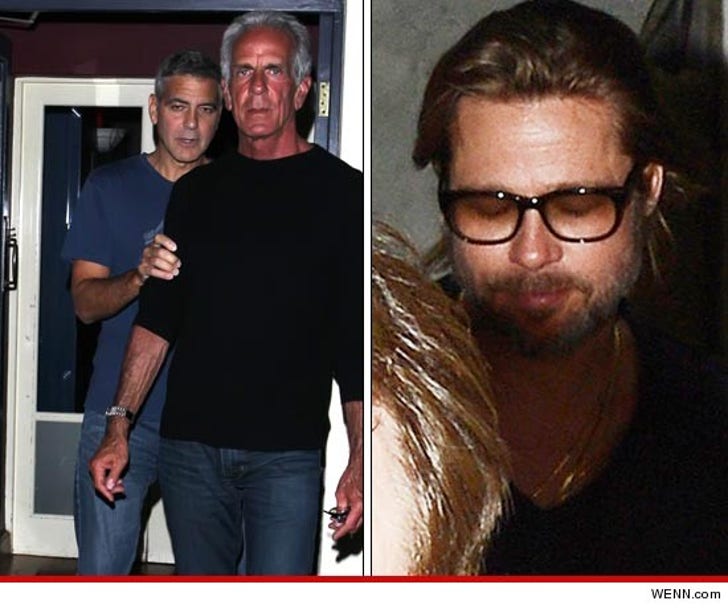 More evidence Brad Pitt and Jennifer Aniston have buried the hatchet -- a day after George Clooney boarded a private jet with the former "Friends" actress, he pounded booze with his "Ocean's 11, 12 & 13" co-star. IT'S A SIGN!!!

As we reported, George hopped a plane with Jen this week -- from Switzerland to England -- and one day later, he was spotted sipping vodka in a Berkshire restaurant with Brad.

Think about it -- George and Brad are best buds, so why would George share a plane with Brad's ex-wife ... unless Brad and Jen are on good terms?