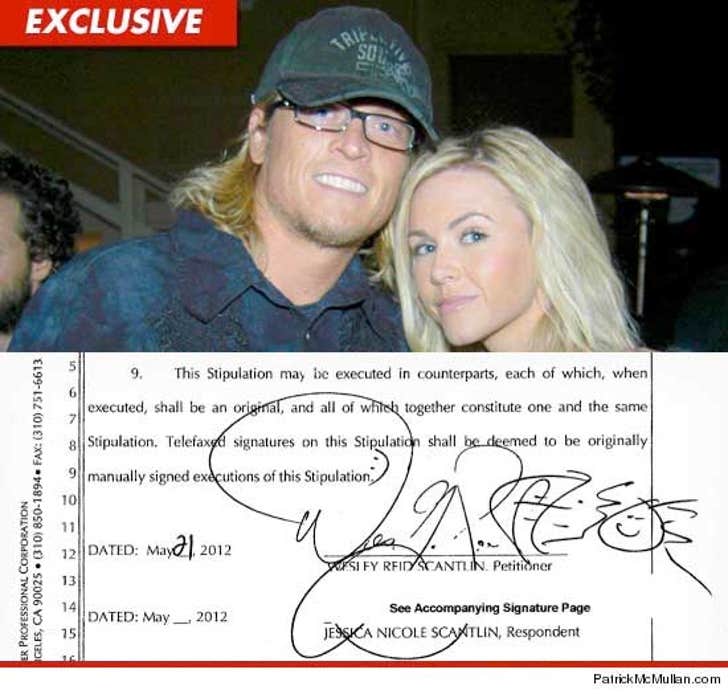 Puddle of Mudd singer Wes Scantlin was so happy to finally end his marriage ... he signed the divorce docs with not one, but TWO smiley faces!

TMZ has learned ... Wes' 4-year marriage to a hot blond chick named Jessica is one step closer to being terminated ... with the rocker agreeing to fork over $2,500 per month in alimony.

Jessica originally wanted the court to toss out their pre-nup so she could reap half of Scantlin's fortune ... but she ultimately withdrew her request after the two sides came to an agreement about how they will divide the assets.

Obviously Wes was happy with the outcome -- as evidenced by the smiley faces.

Jessica's lawyer, Brian Kramer, tells TMZ, "It’s most definitely the first time in all my years of doing this work that I’ve have had an opposing party sign with a smiley face on a divorce decree imposing maximum spousal support.

He adds, "It’s certainly a refreshing change to see an artist who is cheerful about honoring such an obligation instead of treating it like it were the end of the world." 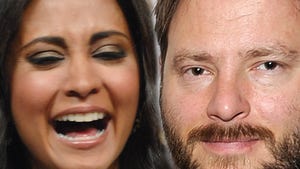