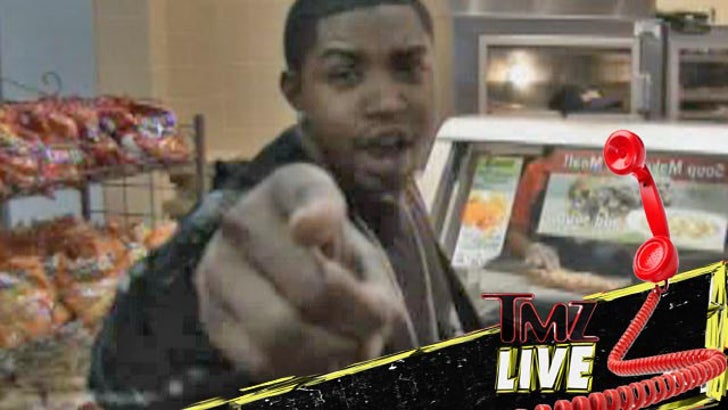 Rapper Lil Scrappy believes gay men like Frank Ocean are the "doorway to AIDS" ... and wants more closeted homosexuals to "come out" so it can't be spread to straight people.

Scrappy -- who now stars on VH1's "Love & Hip Hop: Atlanta" -- was on "TMZ Live" this week to talk about Ocean's revelation ... when he explained why he completely SUPPORTS the R&B singer.

"I'm glad that he came out ... so all the real women that love to mess with real men, straight men, we can keep the AIDS situation down, you feel me?"

Scrappy continued, "[homosexuality] is a doorway to AIDS, scientifically."

Despite his opinions, Scrappy says he has no reservations about working with Ocean if the opportunity arises -- telling us he would "jump on a track like it was yesterday."