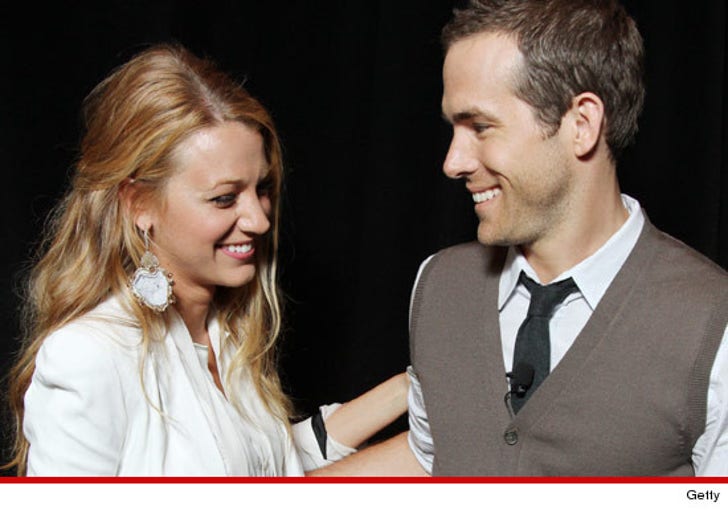 The greatest secret in Hollywood may have been exposed by a police officer in the sleepy town of Bedford Hills, NY ... when in his police report, he referred to Blake Lively as the wife of Ryan Reynolds!!!!!

Or he just made an assumption, we'll explain ...

Reynolds filed a police report on July 8 after he claimed he was being followed by a photographer. An officer came out to investigate and he described the encounter by saying:

The name of the woman allegedly married to Reynolds was redacted from the report, but several photos of Reynolds and Lively were taken the week of the incident.

And in case you think it was a one time slip, check out the last paragraph of the report:

We called the Bedford PD to check with the officer about what made him think the couple -- who has been dating since last October -- was actually married. Cops wouldn't talk.

Sources close to Blake tell TMZ the report is a mistake and the two are NOT married.