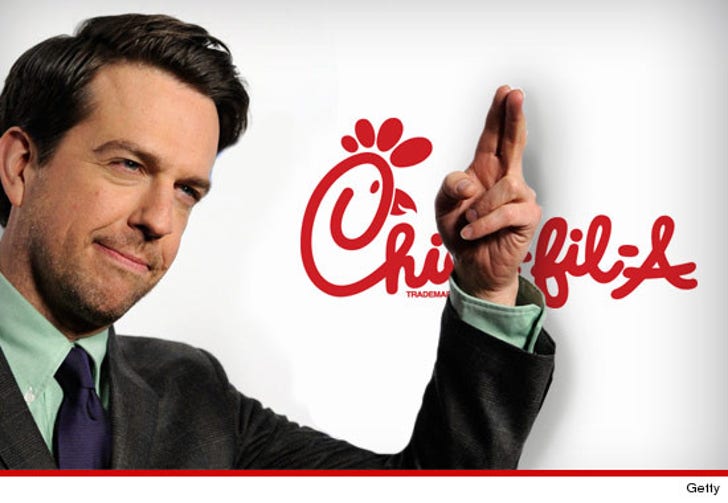 Helms is responding to a statement issued by Chick-fil-A president Dan Cathy ... who recently told a Christian publication that when it comes to accusations his company is actively opposed to gay marriage, Chick-fil-A is "guilty as charged."

The comments clearly didn't sit well with Helms ... who tweeted, "Chick-Fil-A doesn't like gay people? So lame. Hate to think what they do to the gay chickens! Lost a loyal fan."

Helms ain't alone ... the gay rights campaign NOH8 -- supported by stars like Miley Cyrus, Lindsay Lohan and the Kardashians -- has also called for a Chick-fil-A boycott.